What does 25th hour mean?

Something done at the 25th hour means it happens after time has run out, indicating disarray, desperation, or urgency. 25th hour can also characterize something occurring at the last minute.

Where does 25th hour come from? 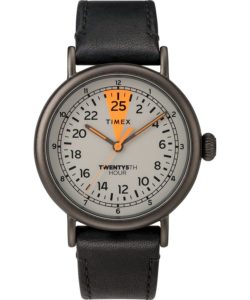 If you only had one 24-hour day to complete a task, and it took you 25 hours, well, it looks like you would run out of time. The term 25th hour plays on this concept of out-of-time urgency, and is often used similarly to the eleventh hour.

One notable, early use of the term comes from a 1949 anti-war novel, 25th Hour, written by Romanian author Constantin Virgil Gheorghiu and adapted to film in 1967. Concerning the atrocities of World War II, the novel takes its title from a fictional book a character is writing within it, called The 25th Hour. Narrowly surviving World War II, this character believes the world will imminently descend into a World War III, with humanity reaching its metaphorical 25th hour by destroying itself.

In contemporary culture, 25th hour was also the name of a 2002 film by Spike Lee. Based on a 2001 novel of the same name by David Benioff (who wrote Lee’s screenplay), 25th hour follows a man who only has one day left until he will be sent to prison.

On a more playful note: on April Fool’s Day 2019, Timex “introduced” a watch that displayed 25 hours, compelling wearers to imagine what they could do if that had that proverbial extra hour in the day, that 25th hour.

#XMenApocalypse low key came in at the 25th hour and dropped the best super hero trailer of 2015.
@MatthewACherry, December 2015
He came on board at the 25th hour, and it was perfect because the film was underfinanced and in bad shape, in terms of production. It was great that it happened that way.

... everything was just so rushed, going to the team for media day and the day before training camp. Them guys already had something in place, and then I come along in the 25th hour like, oh s—, Melo just come on and join us.
Carmelo Anthony quoted by Jemele Hill, ESPN, July 2018
SEE MORE EXAMPLES

Outside of references to the various novels and film, 25th hour can convey a sense of destruction or annihilation …

Last week's story continues in an all-new episode of #TheOrville, tonight at 9/8c on #FOX43. pic.twitter.com/ydWPzI105i

It can also convey a sense of urgency or desperation, as of deal or decision made after a deadline.

Carmelo Anthony, VP of the NBPA says, "We were supposed to have a deal done weeks ago, and for this to happen at the 25th hour is tough."

In most contexts, 25th hour is used much like the eleventh hour, i.e., last-minute.

Still a part of me that wants Michelle Obama to throw her hat in the ring & run for president at the 25th hour like pic.twitter.com/nwdlI0UKvk

Russell Wilson, Seattle Seahawks agree to 4-year, $140 million extension. Wilson set a deadline and the Seahawks met it in the 25th hour, setting records in the process.https://t.co/DEfFKI6nuR

This is not meant to be a formal definition of 25th hour like most terms we define on Dictionary.com, but is rather an informal word summary that hopefully touches upon the key aspects of the meaning and usage of 25th hour that will help our users expand their word mastery.