4×4 refers to “four-wheel drive” or a vehicle so fitted with the technology. 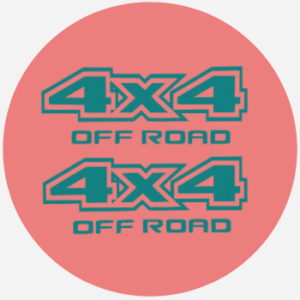 4×4, or “four-wheel drive,” is a feature of certain vehicles where all four wheels turn at the same speed while driving. It can also be used as a noun to describe a vehicle with four-wheel drive.

One of the leading 4×4 vehicles is the Jeep, first used in the military in the 1940s and manufactured for recreation in the 1950s. 4x4s have remained popular in recent years due to the popularity of “off-roading,” or driving on rough and unpaved roadways. Four-wheel drive allows for greater steering control, and so SUVs, Jeeps, and other vehicles created specifically for off-roading feature 4×4.

They are also popular among families for their safety and in regions with more inclement weather for their handling.

I'm still new to 4x4's and I recently acquired a Toyota FJ Cruiser, which has a selectable 2H-4H-4L.
Kiddomike, Allstate Blog, August 2015
From my research (contemplating selling corsa utility to finance a 4x4) retail price for this mileage and condition is R115-125k and trade-in from various dealers is from R90-95k.
Megagustodon, 4x4 Community, January 2010
he Jeep Grand Cherokee is the premiere vehicle in their lineup, and the Overland model promises to retain the Jeep 4x4 spirit by combining off-road prowess with excellent driveability and comfort.
Ben Stewart and Timothy Dahl, Popular Mechanics, March 2017
SEE MORE EXAMPLES

4×4 is commonly used in both technical and general discussion with the names of cars, trucks, and other off-road vehicles.

The term is not to be confused with 4×4-sized wood, 4×4 races in track and field, or 4-wheelers, a type of all-terrain vehicle (ATV).

This is not meant to be a formal definition of 4×4 like most terms we define on Dictionary.com, but is rather an informal word summary that hopefully touches upon the key aspects of the meaning and usage of 4×4 that will help our users expand their word mastery.