5150 refers to the California law code for the temporary, involuntary psychiatric commitment of individuals who present a danger to themselves or others due to signs of mental illness. It has been more generally applied to people who are considered threateningly unstable or “crazy.” 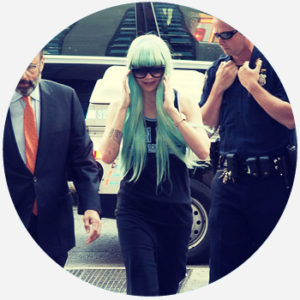 5150 comes from Article 1, Section 5150 of the California Welfare and Institutions Code, first signed into law in 1967. Section 5150 states that someone who, as a result mental illness, presents a danger to themselves or others, or who is gravely disabled by their mental illness, can be detained for 72 hours for evaluation in a psychiatric facility by peace officers, registered nurses, doctors, or other appropriate health professionals. Most states have similar legislation, but the number 5150 is specific to the state of California.

5150 has taken on more informal meanings by extension from its original sense. It can refer to the process of being detained for 72 hours, a person who has been detained, or even just a person who someone else thinks ought to be detained due to strange, erratic, or wild behavior. Likewise, police officers sometimes use 5150 as a slang code for an emotionally disturbed subject.

Can a POTUS be 5150'd?
Naomi Jiles, Facebook, January, 2017
*sneaks into the front* Officer Rook, we have a 5150 running loose in town. Looks like another Shep
@ConstuproHusky, March, 2017
They know he’s on Social Security. They know he’s 5150.
Shainie Lindsay, “Man with knife dead after struggle with California police,” CBS News, October, 2016
SEE MORE EXAMPLES

When it’s applied to a person, 5150 is generally used in a derogatory or dehumanizing way, much like the word crazy. It suggests someone who has lost control and can no longer be trusted to behave in a way the speaker considers safe or rational.

As slang, 5150 has worked its way into popular culture. In 1986, Van Halen produced a record called 5150 in reference to the code. A promotional photo showed the band restrained in straitjackets. The term was first submitted to Urban Dictionary in 2002 and has peaked in popular interest after celebrities were reportedly placed on 5150 holds, including Britney Spears in 2008, Amanda Bynes in 2013, and Kanye West in 2016. Also in 2016, the Southern California amusement park Knott’s Berry Farm opened a controversial Halloween attraction called Fear VR 5150. Mental-health advocates protested the ride, especially over its insensitivity to people struggling with mental illness, and it was soon closed.

This is not meant to be a formal definition of 5150 like most terms we define on Dictionary.com, but is rather an informal word summary that hopefully touches upon the key aspects of the meaning and usage of 5150 that will help our users expand their word mastery.