What does balloon juice mean?

Balloon juice is a slang phrase that primarily means “hot air.” It inspired the name of an influential political blog.

Where does balloon juice come from? 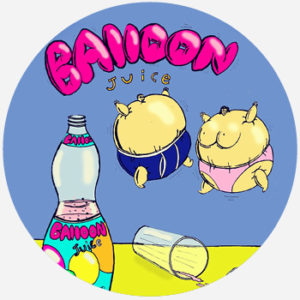 Compared to its counterpart hot air, balloon juice was an infrequent phrase until January 2002. This is when John Cole launched his blog, Balloon Juice. While he began it as a personal blog, it evolved into a community where other writers and readers discuss US politics.

Cole is known for switching from the Republican to the Democrat party over the course of blogging, and his blog is noted for its A–Z lexicon of political slang and terminology. He decided on the name Balloon Juice after difficulty finding an available domain for his website. He settled on the old slang expression because he felt it characterized how politicians are full of hot air.

An Urban Dictionary entry from 2003 defined balloon juice as “empty talk,” ostensibly prompted by the blog’s creation just the year before.

But it was first used as slang for “empty talk” or “hot air” beginning in the late 1800s (i.e., the fuel, or juice, for a hot-air balloon). The term enjoyed popularity among college-aged students in the early 1900s. Balloon juice also enjoyed usage as wartime slang for “helium.”

Also in the late 19th century, balloon juice became a slang term for “alcohol” or “soda-water,” presumably due to the fizzy nature of the drinks’ carbonation. In the case of alcohol, balloon juice may have also described the light-headed, giddy, or uplifting high that alcohol had on those who drank it.

He would reply he was only doing 25 mph and I would say ‘Oh, balloon juice!’
Patty Szerlip, Meet Me Under the Bed, 2015
It's almost like he's the scion of a state within a state. But I think all this talk of "Chekistan" is balloon juice
@darksecretplace, January 2018
John Cole at Balloon Juice says the ‘bitterest fighting . . will not be over health care, but cap and trade (even though the two are connected, as one is allegedly paying for the other).
Eric Etheridge, The New York Times, 2009
SEE MORE EXAMPLES

As a slang term for “alcohol,” “helium,” and above all “hot air,” balloon juice remained relatively obscure until John Cole’s blog helped revive it. It enjoys occasional use in speech and text as a colorful, learned term to call out political rhetoric or empty speech. The phrase is sometimes used as an interjection for “nonsense.”

Visitors of the Balloon Juice website use the term to refer to their community (or they use the acronym BJ), as do political observers or media when discussing the blog and its online influence.

Balloon juice is sometimes extended to balloon juice merchant, which has been historically used as slang for a “teetotaler” and later for a blustering politician (e.g., someone who emits a lot of hot air).

This is not meant to be a formal definition of balloon juice like most terms we define on Dictionary.com, but is rather an informal word summary that hopefully touches upon the key aspects of the meaning and usage of balloon juice that will help our users expand their word mastery.