Feedback
Beam me up, Scotty
beatmaker

What does beast mode mean?

Beast mode refers to a state of performing something, especially difficult activities, with extreme power, skill, or determination.

Where does beast mode come from? 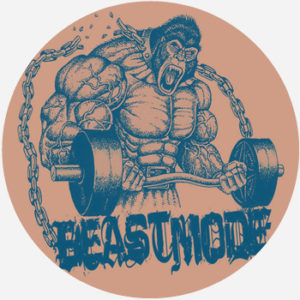 The phrase beast mode first appears in 1990s popular culture. In the 1996 animated series Beast Wars: Transformers, the robotic protagonists morphed into animals. For example, the leader Optimus Primal would change into a gorilla by activating his “beast mode.” In the 1997 video game Bloody Roar, characters could use their energy levels to turn on a fighting mode called “Beast.” Altered Beast, a 1988 arcade game, featured a similar gameplay of beast mode, with the player transforming into monstrous forms like a werewolf for increased fighting power.

Beast mode became popular in sports during the late 2000s and early 2010s due to its association with football running back Marshawn Lynch, who uses Beast Mode as his nickname. According to Lynch, the nickname came from one of his old coaches, who called him “a beast.” This slang sense of beast, emerging by the early 2000s, refers to someone extremely good at something, e.g., a skilled basketball player is a beast on the court. The idea of Lynch entering beast mode on the field, however, also suggests the earlier uses in video games for “powering up” and switching into the mode of a preternaturally strong beast.

Marshawn Lynch trademarked Beast Mode in 2008 for use on various merchandise.

“This man will go beast mode”
@SidneyCrosbyEgo Twitter (May 1, 2017)
“This is going to be soooo fucking hard but I can do it and I can't wait to share it all with you! #BeastMode #WhosWithMe ?!?!?!”
Kim Kardashian West @kimkardashian Twitter (January 19, 2016)
“The old saying ‘break a leg’ was taken literally by Foo Fighter’s frontman, Dave Grohl, at a concert in Gothenburg, Sweden this Friday and while others would have stopped playing to get medical attention, Grohl went on beast mode and decided to continue playing after some padding backstage.”
Alix Vallecillo, “Dave Grohl breaks leg on stage, finishes concert,” Metal Insider (June 12, 2015)
SEE MORE EXAMPLES

Beast mode is a phrase based on the idea that when up against a challenge, a person can unleash their “inner beast” and destroy any obstacles in their way, perhaps not unlike a threatened Bruce Banner may transform at times of crisis into the Hulk, allowing him to smash his enemies. One who is in beast mode is giving it all that they have.

According to Marshawn “Beast Mode” Lynch himself, beast mode is not confined to competitive activities like games or sports. For instance, a coffee barista could be said to be entering beast mode when working fast, efficiently, and in a driven manner, such as preparing four cups of coffee at once. A patient, as another example, might “go beast mode” to fight cancer. Beast mode is also often used on social media as a hashtag, #beastmode.

This is not meant to be a formal definition of beast mode like most terms we define on Dictionary.com, but is rather an informal word summary that hopefully touches upon the key aspects of the meaning and usage of beast mode that will help our users expand their word mastery.