What does beatmaker mean?

As the name implies, the word beatmaker refers to a producer (or “maker”) of musical beats, particularly those in the hip-hop or rap industry.

Where does beatmaker come from? 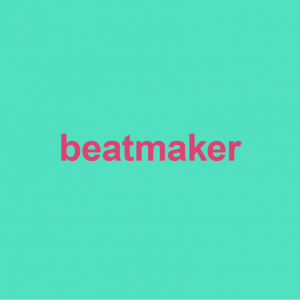 The concept of being a beatmaker arose in the late 1970s in conjunction with the rise of hip-hop and classics like The Sugarhill Gang’s 1979 “Rapper’s Delight.”

First, how does one make a beat? Well, there’s quite a lot to it: beatmakers mix a variety of sounds, including synthesizers, drum machines (like the famous Roland TR-808, popularized by musicians such as Marvin Gaye), and samplings of other songs.

An early use of the word beatmaker can be found in 1977 in reference to percussionists, the OG beatmakers before synths and samples. In 1991, Detroit rapper and producer J Dilla notably dubbed himself a “funky beat maker”

The term has become a staple in hip-hop and electronic music. Beatmakers are working behind the artists, like Atlanta-based beatmaker Wheezy, who helped Young Thug create his sound.

I've been thinking. If you're a new #producer and #beatmaker, should you give some #Beats for free?
@absurda_beatz, September 27, 2018
The empowering track ["Entrepreneur"] arrived in conjunction with Pharrell's new TIME cover, “The New American Revolution,” a special project curated by the legendary beatmaker examining the country’s “oppressive past” and the “potential for an equitable future.”
Danielle Ransom, BET, August 22, 2020
How I developed as a beatmaker mirrors my growth as a human being in general. It’s pretty tight to reflect on it all.
@euIVmusic, August 21, 2020
SEE MORE EXAMPLES

Outside the industry, beatmaker sees use by amateurs using music-producing tools to create beats for hip-hop and various forms of electronic dance music.

There are plenty of websites that cater to such individuals, including Splice Beat Maker and BeatMaker 3, where aspiring beatmakers can create and share their tunes in hopes of becoming Dr. Dre. Some in the hip-hop community might roll their eyes, as one needs to first establish themselves as a beatmaker with some serious creds prior to obtaining the title.

This is not meant to be a formal definition of beatmaker like most terms we define on Dictionary.com, but is rather an informal word summary that hopefully touches upon the key aspects of the meaning and usage of beatmaker that will help our users expand their word mastery.