What does bebe mean?

Bebe is an alternate spelling and pronunciation of baby, usually used playfully or affectionately.

Where does bebe come from? 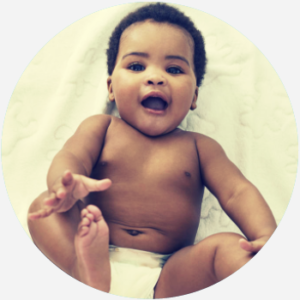 When bebe emerges is tough to pin down, but we can find the French-based bébé in written English-language dialogue in the late 1800s. Bebe, widespread on social media by the 2000s, simply seems to originate as a humorous, endearing alteration of baby and babe—words which, like French’s own bébé, apparently originate as expressive terms for children and can be found in many languages around the world.

Bebe, like baby and babe, has extended as a term of endearment for a romantic partner.

Bebe, sometimes spelled Bébé and BéBé, is also a given girl’s name or nickname for Beatrice and other B names. Some notable Bebes include writer Bebe Moore Campbell and singer Bebe Rexha (both names usually pronounced [ bee-bee ]).

One prominent fictional Bébé was featured in the 1992 animated film Bébé’s Kids, based on comedian Robin Harris’s stand-up act about a group of badly behaved kids at an amusement park. Thanks to the act and film, the term Bébé’s kids has become a shorthand for misbehaving children, sometimes used humorously among Black persons or, offensively, to stereotype Black children.

In the 2010s, bebe became popularly associated as one of the catchphrases of the character Moira Rose (played by Catherine O’Hara) on the sitcom Schitt’s Creek. The character, known for her extremely affected accent and vocabulary, comedically pronounces baby as bebe. Moira’s bebe is often written as bébé to note the distinctive way she goes out of her way to say it.

In Taglish slang, a mix of Tagalog and English spoken especially by younger people in the Philippines and Filipino diaspora, the word bebe is based on and used to mean baby. Bebe appears in the expression bebe ko (“my baby”) and pabebe (“to act cute or childish”).

Happy Tuesday bebes 🦋 / Hope everyone has a good day 😇
@NEXTDOORDOLAN, April, 2018
Bebe sent me a dozen pink roses!!! =) I'm arranging them into a tall vase right now. =)
@annings, May, 2007
An entrepreneur and philanthropist, [Manny Mashouf] is the founder and board chairman of the highly successful bebe chain of women's clothing stores.
The California State University, July, 2016
SEE MORE EXAMPLES

Bebe is used as an affectionate and playful pet name in colloquial speech and writing between couples or among friends, especially females. Such use of bebe, as opposed to baby and babe, appears to be for style or due to idiosyncrasy.

People may refer to actual babies as bebes, often exclaiming it quickly and in a lower, grumbling register, to communicate forceful excitement (e.g., OMG bebes! They are so cute I could just eat them up or I wanna have some bebes!).

Bebe, as noted, is also found as a common term of endearment among Filipino or Filipino-descended people. A 2015 Filipino romantic comedy, for instance, was called My Bebe Love.

Bebe is also the name of an American women’s clothing retail brand. According to the founder, the name bebe refers to Hamlet’s famous to be or not to be soliloquy.

This word shouldn’t be confused with Biebs, the nickname for Canadian superstar Justin Bieber.

This is not meant to be a formal definition of bebe like most terms we define on Dictionary.com, but is rather an informal word summary that hopefully touches upon the key aspects of the meaning and usage of bebe that will help our users expand their word mastery.