What does Becky mean?

Where does Becky come from? 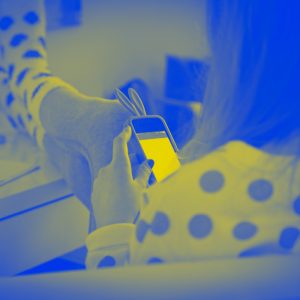 Becky follows in the tradition of using first names to generalize a type of person. Other recent examples are Karen, Becky’s middle-aged counterpart, or Stacy, who is similar to Becky but often used in a more overtly sexist manner in male internet spaces.

There are many instances in popular culture associating the name Becky (nickname for Rebecca) with an average white woman, variously portrayed as young, boring, unaware or taking advantage of her privilege, and sometimes promiscuous. Notably, rapper Sir Mix-a-Lot used Becky in his 1992 hit song “Baby Got Back.” In its spoken intro, two women—both stereotyped as Valley Girls, one of them addressed as Becky—critique a Black woman’s physique.

In 2009, rapper Plies presented a very sexualized Becky in his song of the same name. Becky was also the subject of a 2014 meme featuring Taylor Swift. The meme mimicked an anti-drug PSA using Swift as a stand-in for a young white girl.

i love this fandom so much ! you are my family ! i cannot get over becky thing and taylor's shirt ! @taylorswift13 pic.twitter.com/9NStlmcYub

Really helping to solidify and spread Becky as a slang term for a privileged white woman was Beyoncé’s 2016 song “Sorry.” The song closes with a lyric referring to a woman a man is having an affair with: “He only want me when I’m not there / He better call Becky with the good hair.” Becky with the good hair is interpreted to refer to white women, whose hair has been historically considered more beautiful, according to the dominant cultural norms, than the natural hair of Black women.

Into the late 2010s, Becky was applied on social media to white women who called the police on people of color, especially Black people, over trivial matters and out of apparent racial bias. One the most notorious incidents involved so-called BBQ Becky from 2018.

gosh i sound like such a Becky when talking about the beach but Listen. i love the beach so much
@narutosgaara, May 2017
Tagged with nicknames such as BBQ Becky and Permit Patty, white people who've reported black people for sitting in Starbucks, shopping at CVS, mowing lawns, playing golf, staying at an Airbnb or napping on a couch in a college dorm, are being publicly named, mocked and, in some cases, fired from their jobs.
Jessica Guynn, USA Today, July 2018

To call a woman a Becky generally implies she is unaware of her privilege having been born as a white person and that isn’t concerned with issues facing people of color. As such, some people of color may use Becky to call out instances of white women they perceive as being racist.

Some white woman, notably rapper Iggy Azalea in 2016, have said Becky is an unfair and racist stereotype. In some instances, using Becky has been called reverse racism. In other instances, some white women have jokingly called themselves a Becky.

More generally, Becky is used to make fun of a woman as basic, mocking her as a thoughtless girl who likes things associated with mainstream culture, e.g., pumpkin spice lattes and UGG boots.

Becky is similar to other insults against white woman, like Karen and Stacy. There are some distinctions to note, though: Becky tends to be used of younger entitled white women, Karen for middle-aged women. Stacy is similar to Becky but is stereotyped in a more sexist and sexualized manner, with Becky having more racial connotations.

This is not meant to be a formal definition of Becky like most terms we define on Dictionary.com, but is rather an informal word summary that hopefully touches upon the key aspects of the meaning and usage of Becky that will help our users expand their word mastery.