What does beef curtains mean?

Beef curtains is vulgar slang for the vulva. It’s typically used for vaginal lips that are … particularly pronounced.

Where does beef curtains come from? 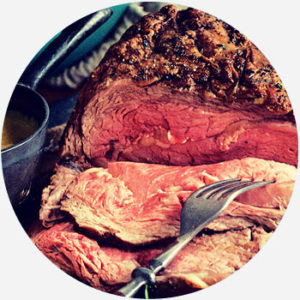 Beef curtains can be found as far back as 1988, making it to the quasi-mainstream in the mid-1990s with references from minor rock bands and B-list comedies. Urban Dictionary entered the term by 2002 and it debuted on Twitter in 2007.

Why beef curtains? Hey, you asked. The term likens the lips of the vagina (labia majora)—when elongated or stretched in some way—to fleshy, foldy drapery, like slices of roast beef. And so, of course roast beef curtains is a common form of this slang in the US. 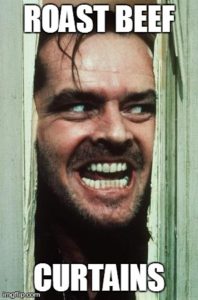 The term came into the public spotlight in late 2017 in a feud between hip-hop artists Azealia Banks and Remy Ma. During the dispute, Remy Ma leaked text messages in which Banks complains about her beef curtains, apparently with pics. Days later, Banks posted a sexy image of herself on Instagram, captioned: “For the record…I don’t have beef curtains.” 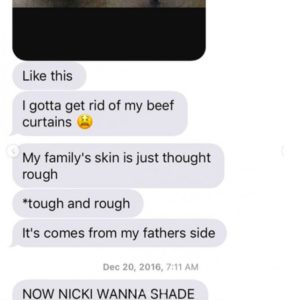 If a man describes a woman’s vulva as beef curtains, it is usually very objectifying and derogatory, especially because it can imply that promiscuity lead to the “condition.”

But some women, as we saw with Banks, may use the phrase in a more self-deprecatory, frank discussion of their own genitalia. One writer, Lottie Lomas, humorously described her post-childbirth vagina as beef curtains for the HuffPost in 2015: “My labia or ‘beef curtains’ (as one boyfriend fondly called them) drooped so far between my legs that they could have really done with their own bra to hold them in.” 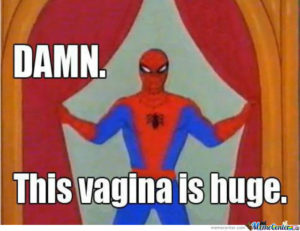 This is not meant to be a formal definition of beef curtains like most terms we define on Dictionary.com, but is rather an informal word summary that hopefully touches upon the key aspects of the meaning and usage of beef curtains that will help our users expand their word mastery.