What does belfie mean?

A belfie is a “butt selfie.” It’s a photograph one takes showcasing their buttocks, especially to share on social media.

Where does belfie come from? 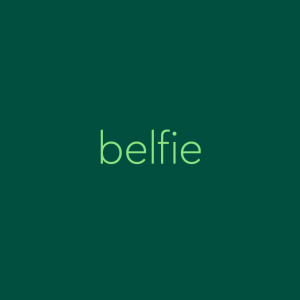 We’re all familiar with the classic selfie. But, what about the belfie? A belfie is a butt–selfie—as in buttocks, bum, backside, etc. This blend word refers to a selfie taken to show off their butt.

An Instagram post was tagged #buttselfie in 2012. The term made its Urban Dictionary debut in 2013 a month after Kim Kardashian, ever known for her bottom, posted a belfie, though she didn’t use the term.

Belfie further trended in 2015–16, as publications rounded up celebrity belfies. The novelty product, BelfieStick, sought to capitalize on the craze to help people achieve the perfect belfie.

The word (and phenomenon) again made major headlines in early 2019 after Kendall Jenner snapped some notable belfies with the Kardashians. 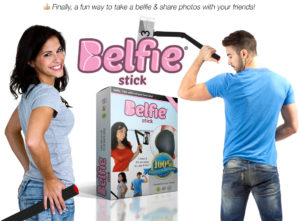 While any one can take a belfie, the playful term is used especially of female celebrities.

Breakfast in bed, nespresso and kardashians!! Now to the gym to get a booty like Kim #KimKardashian #belfie

Stars like Jennifer Lopez, Demi Lovato, and every single Kardashian, it seems, have all posted what has been dubbed a belfie—and have been hailed belfie queens.

The hashtag #belfie is especially common in social media content showing off fit booties—our how to exercise to get them.

Racier belfies may be removed or flagged for inappropriate content.

This is not meant to be a formal definition of belfie like most terms we define on Dictionary.com, but is rather an informal word summary that hopefully touches upon the key aspects of the meaning and usage of belfie that will help our users expand their word mastery.