What does brothe mean?

Brothe is a corruption, often humorous, of the past tense of breathe. It sometimes appears as an alternative spelling or misspelling of brother.

Where does brothe come from? 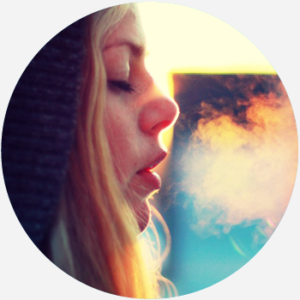 Brothe is recorded as early as 1200 as a now-obsolete word meaning “violent” or “impetuous.” In the 1400–1600s, brothe is a common spelling of the word broth.

It is not clear where or when exactly brothe began to be used as a past tense of to breathe, although it can be dated to at least 2003 in an Urban Dictionary entry. It is used exactly as the normal past tense conjugation breathed, as in “I stopped to brothe in the smell of the roses.”

Brothe is apparently a corruption of breathed, in many cases intended as a parody of irregularity in the English language. It resembles other irregular past-tense forms, such as spoke (speak) and broke (break), where the ea vowel in the present tense becomes an o in the preterit. Interestingly, to breathe is not actually an irregular verb in the past tense.

Brothe is occasionally seen as a familiar shortening of or typo for brother.

my mum thinks i brothe in too much nail polish
@TiredofSheep, March, 2013
"Breathed" is ok but "brothe" just feels better to me. "Man I brothe in the stank alllllll night"
@robodrew, October, 2017
I give thanks to my older brothe who came through for us, Bought me what was Needed…unloaded the load on my momma's shoulders.
@PoeticTemper, April, 2018
SEE MORE EXAMPLES

Brothe, for “breathed,” sees occasional use online, sometimes intended as a deliberate error to highlight how unusual English verbs can be.

In speech, brothe may be an unintentional error (or perceived grammatical form) for “breathed,” modeled on similar past tense forms and occurring just as a person may say catched for caught in the flow of conversation. This use may occur among English-language learners.

Brothe also commonly occurs as a typo for brother online (or similarly spelled words like brothel), though in some cases it may be intended as an idiosyncratic pet form of brother, a term which sees various slang forms (e.g., bro, brah, brutha).

Most people would be confused by brothe, considering it a misspelling or grammatical error.

Note, though, that brothe will appear for broth in historic English texts, especially in the Middle Ages before modern spelling was fully standardized.

This is not meant to be a formal definition of brothe like most terms we define on Dictionary.com, but is rather an informal word summary that hopefully touches upon the key aspects of the meaning and usage of brothe that will help our users expand their word mastery.