What does butterfly kisses mean?

A butterfly kiss is an affectionate gesture made by fluttering the eyelashes against someone’s skin or eyelashes.

Where does butterfly kisses come from? 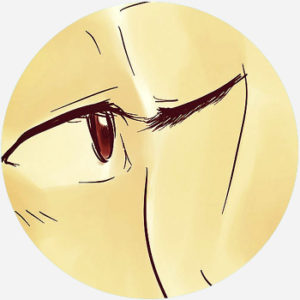 Butterfly kisses date back to at least the mid- to late 19th century. An early use was in 1863, when a story in the English literary magazine Cornhill used butterfly kiss to describe a gentle, nearly imperceptible kiss (with the lips rather than the eyelashes). An 1891 novel Edleen Vaughan: or, Paths of Peril by Carmen Sylva (the literary pseudonym for Romanian Queen Pauline Elisabeth Ottilie Luise zu Wied) provides an early example of the modern meaning of a butterfly kiss. In it, one young girl flutters her own eyelashes against the eyelashes of another and explains that this is called a butterfly kiss. In 1894, a correspondent in the scholarly journal Notes and Queries mentioned receiving one with eyelashes against their face. As the early examples illustrates, this gesture likens eyelash fluttering, and the sensation it causes, to the wispy lightness of a butterfly.

The phrase spread in in popularity in the late 20th century, perhaps boosted by its use in popular media. Butterfly Kiss is the title of a 1995 British crime drama film about the romantic relationship between two women, a serial killer and her unwilling accomplice. “Butterfly Kisses” is also the name of a song by Bob Carlisle, released in 1997 and much covered since. The song achieved a high degree of popularity for its sentimental take on father-daughter relationships. Carlisle released an accompanying reflective Journal of Butterfly Kisses for fathers and their daughters in the same year.

“If mono is the kissing disease, then pink eye is the butterfly kissing disease.”
Stephen J. Allen @COSThePens Twitter (January 29, 2017)
“Robots don't have eyelashes; so I can receive butterfly kisses but not give them. Not until I get that fiber optic light - over eye upgrade.”
KittyGirl Suicideforum (December 1, 2010)
“As I celebrated birthdays my mom would never would have, and holidays we wouldn’t share, and butterfly kisses she would never give or get, I am hit with a jarring realization. I will simply have to do these things for her.”
Carole Lago, “Mother's Day without Mom,” ChicagoNow (May 11, 2017)
SEE MORE EXAMPLES

Butterfly kisses can be singular or plural, just like kiss can be, and can also be used as a verb. In this later use, you could say, for instance, “My daughter butterfly kisses my arm when I tuck her in at night.” As this example suggests, a butterfly kiss is often an affectionate but non-sexual expression of love, especially among family members.

This is not meant to be a formal definition of butterfly kisses like most terms we define on Dictionary.com, but is rather an informal word summary that hopefully touches upon the key aspects of the meaning and usage of butterfly kisses that will help our users expand their word mastery.