What does calm down mean?

Calm down is a widely used verb phrase meaning “to make someone or something less agitated.”

Where does calm down come from? 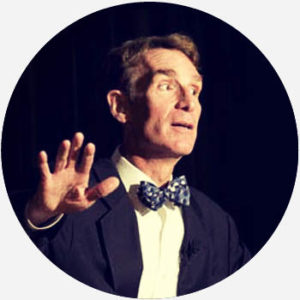 Along with its adjective and noun forms, the verb calm is found as early as the late 14th century, borrowed from French, in turn from a Latin root believed to mean “heat of the day”— a time for rest.

Calm was originally used to describe the sea or wind becoming more tranquil, extending to “making someone or something quiet, still, or peaceful” by the 16th century. It is this sense of calm that is used in the prepositional verb phrase, calm down, which has been very widely used in the English language since at least the early 1600s.

Given its widespread use in the language, calm down has inspired numerous titles in popular culture, from a 1980 stress management book, Calm Down, by Paul Hauck to a 2014 hip-hop track, “Calm Down,” by Busta Rhymes featuring Eminem.

As with other prepositional verbs, the phrase calm down can be separated by objects or intensifiers (e.g., calm the baby down or calm the hell down).

Examples of calm down

Anxiety is the worst feeling ever, these last few days I been suffering badly from it and I can’t sleep. If you guys got any advice on how to calm down please let me know.
@MagnanimousPith, March, 2018
It's even worse to be told to calm down when you feel angry. In fact, being told to calm down when you're mad is like throwing fuel on top of flames. It just makes the fire worse.
Nicole Bradley-Bernard, YourTango, March, 2018
Amy Yuan Zhuang, Research Analyst at Nordea Markets, thinks that the situation between US and China will calm down soon as China has made it clear that it has no interest in a trade war with the US unless Trumps pushes too hard.
Sandeep Kanihama, FXStreet, March, 2018
SEE MORE EXAMPLES

Who uses calm down?

In contemporary English, calm down is commonly used of volatile conflicts (e.g., Fighting between the forces calmed down after diplomatic negotiations.).

Calm down is especially delivered, however, to soothe or command a person who is felt to be too stressed, anxious, excited, or otherwise worked up. Its applications are many and varied. Police may instruct a crowd to calm down if trying to maintain order after a public disturbance. A parent may reassure a child with a calm down if he is frightened by a thunderstorm. A man may appreciatively suggest his boyfriend calm down after revealing a surprise trip to Paris for his birthday. A student may self-talk herself to calm down if she’s worried about an upcoming exam.

Both of these major senses of calm down appear in formal and informal speech and writing. Be mindful of tone and context when using calm down. The verb phrase can come across as very condescending if a man issues it to a woman who is legitimately upset about some matter. It can also further distress someone if issued when they are already in the pique of an emotional experience, such as panic or anger.

This is not meant to be a formal definition of calm down like most terms we define on Dictionary.com, but is rather an informal word summary that hopefully touches upon the key aspects of the meaning and usage of calm down that will help our users expand their word mastery.