What does caping mean?

A cape is a sleeveless garment, tied around the neck from everyone from bullfighters to superheroes. Caping is slang for “defending or supporting” someone, especially someone considered unworthy of it.

Where does caping come from? 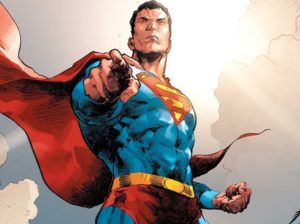 The word cape, for the article of clothing, dates back to the 16th century, ultimately from a Spanish or Italian word for a sleeveless, cloak-like garment.

Caping came to describe matadors who used their capes to taunt a bull during a fight, e.g., he caped the bull. 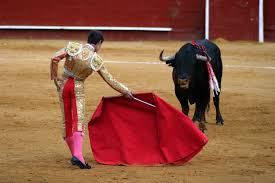 It’s unclear when caping took on its slang meaning of “to defend or support someone,” but the slang evokes a cape-wearing superhero swooping in and saving someone from an attack.

Some have credited it to rapper E-40’s 1993 song “Captain Save A Hoe,” about acting like a superhero to win women. The song features the word cape, though it doesn’t use caping as such.

Whatever its exact origins, caping was established in black slang for “standing up for someone” by 2009. It is often used of people who are defending people considered unsavory in some way. It spread in the 2010s to other domains outside rap, from politics to sports.

Y’all be caping for white men and don’t even know it https://t.co/2T0nv5Abz2

Hi. Lovely day we're having. BLACK PEOPLE ARE NOT A MONOLITH. Just because you're black doesn't mean your opinion is suddenly heaven sent. You and your permittence of racism do not speak for the rest of us. What Neeson did is unforgivable. Stop caping for this man.
@Celestriad2, February 2019
Rappers love a great revolutionary story. So when Colin Kaepernick—formerly a star quarterback for the San Francisco 49ers—began silently protesting the national anthem during the 2016-2017 NFL season, citing police brutality and oppression of Black people as the reasoning, artists quickly began caping for Kaep.
Robby Seabrook III, XXL, September 4, 2018
Most hunters never have to perform a full caping in order to have a deer mounted because this is done as a service by the taxidermist.
Dennis Walrod, Making the Most of Your Deer, 2004
SEE MORE EXAMPLES

Caping is used to describe when someone comes to the defense of a person considered indefensible, such as a bigot or sexual assailant. It’s used in the construction to cape for or caping for someone.

Stop caping for racists, Mike. Don’t you want a career?

If you still caping for R Kelly, speak up so I can block you. https://t.co/Yp55vMxLAv

The slang caping is not to be confused with the taxidermy term cape, which is  the skinned hide of an animal, such as a deer, from its nose to the base of its neck or shoulders.

They are begging for it man…lol..bout whent an grabbed Jason's arrow starter kit an geta caping…lol pic.twitter.com/lD9dNt5t8z

This is not meant to be a formal definition of caping like most terms we define on Dictionary.com, but is rather an informal word summary that hopefully touches upon the key aspects of the meaning and usage of caping that will help our users expand their word mastery.