What does the term der mean?

Der is a slang interjection used to characterize a comment as stupid or obvious.

Where does der come from? 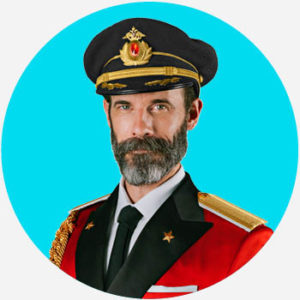 Der is one of a family of interjections variously used to in response to someone or something considered stupid or obvious, all likely starting in imitation of a slow-thinking person. Duh and doh, popularized by the TV cartoon character Homer Simpson, are evidenced since the 1940s. Der is found in British, Australian, and New Zealand English in the 1970s, spreading into American English and spreading more generally in the 1990s–2000s, notably used in Helen Fielding’s popular novel (and later film series) Bridget Jones’s Diary.

Urban Dictionary records der as a slang interjection, likened to “No shit!”, in 2002. As an expression dismissing a painfully or foolishly obvious statement, der often appears in the phrase Well der! and can be found widely on Twitter in 2007. Der may have helped influenced another interjection in this duh family, derp, which took off in the late 1990s and prompted the derpface meme.

The acronym DER is common in engineering, where it stands for distributed energy resource, referring to electrical generation and storage performed by a variety of small, grid-connected devices. The term spread with the expansion of solar and other renewable energy sources in the early 2000s.

Also starting by the 2000s, DER was occasionally being used for dark electronic rock, better known as dark electronic music, which some classify the popular 1990s rock band Nine Inch Nails as part of.

Because plotters planning a coup will *always* telegraph it to the enemy well in advance #der
@OldratEssex, November, 2017
#DER Who the hell briefs this man!! Donald #Trump mocked for referring to non-existent African country 'Nambia'
@marysheila9263, September, 2017
On the benefit side, another paper commissioned by the Department of Energy shows distributed energy resources (DER) are not yet accurately valued, but could change the energy paradigm when they are.
Herman K. Trabish, Utility Dive, February, 2017
SEE MORE EXAMPLES

Sometimes written as derr or durr, der is widely used in colloquial speech or writing as a humorous or mildly sarcastic response to someone who has said something obvious to the point of being considered stupid. It can also be used self-referentially in the vein of “silly me!”. As noted, it often appears in the phrase Well der! as well as No der! For instance, a son could say “No der, mom” after his mother said “I showed up early because I didn’t want to be late.” As another example, one might say: “Yes, of course I knew it would spill if I put it near my keyboard! Derr!”

The energy-related DER largely appears in formal technical and professional contexts while the musical DER sometimes appears as a shorthand in popular discussions of the genre by fans of experimental, underground music or music journalists.

Der is not to be confused with the German der, the definite article the used for masculine nouns in the nominative case and some cases of plural feminine nouns.

This is not meant to be a formal definition of der like most terms we define on Dictionary.com, but is rather an informal word summary that hopefully touches upon the key aspects of the meaning and usage of der that will help our users expand their word mastery.