What does fafa mean?

Fafa is a nonsense word parodying French. It can also be a pet form of father or papa.

Where does fafa come from? 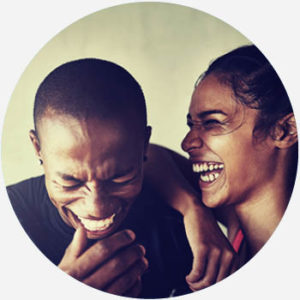 Fafa was popularized in 2007 thanks to the hit New Zealand comedy duo and show Flight of the Conchords. In an episode where one of the pair tries to impress a girl, they sing a song called “Foux Du Fafa.” Its verses consist of random, beginner-level French expressions while the chorus strings together French-sounding syllables: “Foux du fa fa / Foux du fa fa fa fa/ Foux du fa fa /Ah ee ah.”

Foux du fafa doesn’t have any real meaning in French, though it resembles something like “crazy about the fafa.” Nevertheless, its parody of the language—and English speakers’ perception of it, à la frou-frou and fifi—made viewers laugh. Foux du fafa caught on among fans as a popular reference to the song and show.

Outside of Flight of the Conchords, fafa has some other notable meanings. Fafa can be a baby-talk reduplication for father, akin to dada or papa. Some in Filipino gay culture use fafa as an affectionate term for a male lover, based on papa, and use of fafa as a pet name for fathers more generally is common among some Filipinos.

Fafa is also a noted nickname for Fabrice-Jean Fafà Picault, a popular player on the Philadelphia Union in Major League Soccer. Fans, fellow professionals, and sports journalists may refer to him as Fafà, from his mother’s pet name for him growing up.

In Samoan culture, Fafa is sometimes used as an abbreviation for Fa‘afafine, the name of a third gender referring to a person who was born male but raised female.

I love my fafa so much ❤️

@shaneoritaz, February, 2018
De Silva was singing the Flight of the Conchords song Foux du Fafa and Fafa [Picault] thought it was about him. It was all a huge misunderstanding, actually.
@bill_mk, March, 2018

As noted, fans of Flight of the Conchords may use fafa in speech and writing as an allusion to the “Foux Du Fafa” or as a French-sounding gibberish as inspired by the song.

Fafa otherwise is used in colloquial speech and writing in its various subcultural contexts, whether in reference to Samoan Fafa, Filipino fafa, or professional soccer’s Fafa.

On social media, fafa is sometimes used as an affectionate abbreviation or pet name for one’s father, especially among some younger people, often of Filipino descent.

This is not meant to be a formal definition of fafa like most terms we define on Dictionary.com, but is rather an informal word summary that hopefully touches upon the key aspects of the meaning and usage of fafa that will help our users expand their word mastery.