Feedback
excluded from this n...
fafa

What does face mean?

As a slang term, face has many senses. It can be a shortened form of the common retort, in your face! It can also refer to oral sex, or consuming something (like food or weed) quickly. In drag culture, serving or giving face is slang for delivering a powerful, fierce look.

Where does face come from? 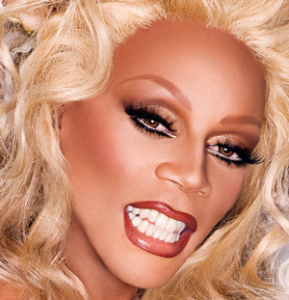 We’re all familiar with face. In part because we all have one. The word dates to the 1300s, and it has many senses, from a person’s face to the face of a building to facing (“confronting”) an adversary.

Face also figures into many idioms, like face-to-face, which is when you meet someone “in person” and dates back to the 1800s, or to save face, or “avoid humiliation,” based on a Chinese expression.

It’s not surprising, then, that face has many slang senses. Since the 1920–30s, face has been variously used in slang dealing with makeup and oral sex. Since at least the late 1980s, face! has been short for the dismissive exclamation in your face!, issued after a comeback or sick burn.

Since at least the early 2000s, face has been a slang verb for inhaling something quickly or greedily, such as food, alcohol, or drugs, e.g., He faced that burrito.

In the drag community, to serve or give face is to a deliver a confident, powerful look during a performance, especially one with a lot of swagger, and with makeup done just right. This expression was popularized in part by the reality TV show RuPaul’s Drag Race (first airing in 2009) and appears to originate in LGBTQ ballroom drag culture, as documented by the 1990 film, Paris is Burning.

fun fact: i used to give FACE with my lazy eye okay ?
no one could tell me anything about my “flaw” because i LOVED it !! people used to try to bully me because of it and it never worked . i wouldn’t change anything about me. and i mean that. pic.twitter.com/Tfif5Yih13

Feeling poorly but #thiscountry is cheering me right up. Daisy May Cooper might be my favourite comedy actress ever. She gives good face.
@Helenfairydust, March 2018
Never looking up at a mountain. Face your problems head on and take one step at a time until you get to the top of the mountain.
Nicholas Spano quoted by Thomas C. Zambito, The Journal News, February 2019 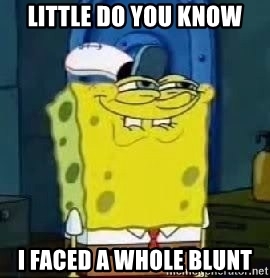 The way face is used in slang varies widely depending on context. If you’re dunking on someone—literally or metaphorically—you might taunt them with face! or in your face!

. #paulgeorge sounded like a wild hater during the press conference… "it was a bad shot." nah bruh… you got faced.

When you’re boasting about your appetite for food, (or, in the below example, a blunt) face is all about quick, ravenous consumption.

When u faced a blunt before the exam n trying to figure out what’s going on pic.twitter.com/eWkDkfXvuB

…while giving face in a picture or performance is all about a composed, assertive, or beautiful appearance.

Seattle gives good face, even after a rainy day. pic.twitter.com/WptQWP0nyS

And, of course, when someone serves face, they’re posing for the audience or camera in dramatic, confident fashion, á la Blue Steel.

So I copped the IPhone XMax cos Im a bad boujee bitch but this facial recognition is something else lol. Every time I want to get into my phone I have to serve face.

This is not meant to be a formal definition of face like most terms we define on Dictionary.com, but is rather an informal word summary that hopefully touches upon the key aspects of the meaning and usage of face that will help our users expand their word mastery.