What does hunh mean?

Hunh is an interjection that conveys annoyance, confusion, or curiosity. It also adds emphasis at the end of the question. 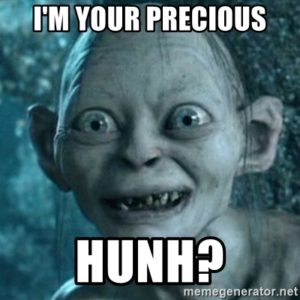 Where does hunh come from? 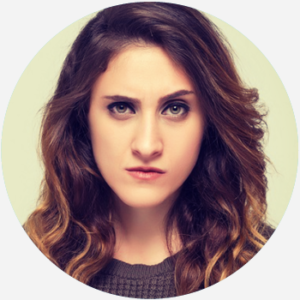 In practice, hunh is grunted more than it is pronounced. It is a member of a family of expressive words such as oh, hmm, and huh, the latter of which was found in a 2013 study be a linguistically universal way of asking for clarification.

While hunh certainly was uttered in speech long before, the term’s rendering as hunh is noted at least by 1868 in American pastor Washington Gladden’s Plain Thoughts on the Art of Living. In a chapter called “Habits,” Gladden describes hunh as a curious verbal tic of a local man: “There was a man in my native town who always prefaced every reply in conversation with an ejaculatory grunt, which I can hardly spell, but for which ‘Hunh!’ will stand as well as anything.”

By 1895, hunh appeared in a story by Ella Higginson, with one character using it to signify exasperation. By 1919, observers were noticing hunh as a trend in the language of youth, with one author describing it as a “convenient grunt,” known and understood if not accepted as a so-called real word.

In the early 20th century, hunh was also recorded as an intensifier, used for emphasis at the end of question (e.g., What are you going to do about it, hunh? or What do you say to one more drink before we hit the road, hunh?).

Saving your ass for not responding promptly hunh?
@PozeKoW_, April, 2018
Hunh, just figuring out there’s a selfie album on my phone. And that I mostly only point the camera back my own way when there’s some costumery involved
@SGJ72, April, 2018
She responded to Ms. Mongia's social advances with two kinds of sounds which were more like grunts than anything else. The first was a guttural 'hunh?' with an interrogative inflection in which the pitch traveled from low to high in expectation of some further clarification.
Sheila Dhar, Raga'n Josh, 2005
SEE MORE EXAMPLES

Hunh sees very wide use in everyday conversation. It’s meanings are many and subtle, and the interjection is often adapted in colloquial writing.

At the beginning of an utterance, hunh can express emotions such as annoyance and frustration (e.g., Hunh, I knew we’d be late to the movie.). Hunh, here, resembles humph, though signals less resignation or contempt.

It can also communicate mild confusion, curiosity, or suspicion (e.g., Hunh, I tried finding it like for an hour. How did you find it in like two seconds?). This hunh closely overlaps with hmm but has an undertone of irritation.

At the end of a question, hunh can issue a challenge (e.g., Think you’re funny, hunh?). Users may also try to solicit a desired response with hunh (e.g., How about we order in some pizza, hunh hunh?). Hunh, in this role, mirrors huh, but is often more needling.

On social media, hunh is often supplemented for expressive effect with emoji such as the unamused face 😒, angry face 😠, and expressionless face 😑.

This is not meant to be a formal definition of hunh like most terms we define on Dictionary.com, but is rather an informal word summary that hopefully touches upon the key aspects of the meaning and usage of hunh that will help our users expand their word mastery.