What does I know! mean?

When used as an exclamation, I know! indicates perfect agreement, empathy, or understanding. The phrase can also communicate frustration, contrition, or an idea.

Where does I know! come from?

I know has indicated recognition or understanding of something since the earliest days of the English language, but idiomatic uses of the verb phrase appear more recently. I know! as an exclamation for “I have an idea!” goes back to at least 1904. This I know acts as the verbal equivalent to the popular “lightbulb over a person’s head.” Picture it now.

I know! as a colloquial expression for enthusiastic, empathetic agreement for another person’s statement or experience appears to have spread in speech throughout the 20th century, as indicated by its broad use in popular TV dialogue from Good Times in the 1970s to Friends in the 1990s. The character Bruce on the cartoon Family Guy notably uses I know as a catchphrase, as did comedian Craig Ferguson on his Late Late Show in the 2000s.

I know! can also serve as an exasperated acknowledgment (e.g., “could you stop reminding me already”) or it can be doubled it (e.g., “I know, I know. I should really pay more attention next time.”).

One common extension is I know, right? The right acts as emphasis, showing agreement, familiarity, and casualness. The 2004 film Mean Girls popularized this, though instances are recorded on Urban Dictionary in 2003 and used on Saturday Night Live in 2000.

Examples of I know!

I know, I know. You're SO over me.
Doug Criss, CNN, December, 2016
I KNOOOW. HE KEEPS DOING IT BEC HE KNOWS HE IS AWESOME
@byoyoungs, January, 2018
I know, and they're all pretty good, Smirnoff is cheap so we can get a bunch of bottles
@MaybeAdrianaIdk, May, 2017
SEE MORE EXAMPLES

Who uses I know!?

I know! is used in colloquial speech and writing, especially in dialogue, across a wide range of contexts to express ideation, agreement, exasperation, or contrition as well as to communicate familiarity in a relationship.

Due to its associations with the film Mean Girls, the phrase I know, right? may be wrongly judged as airheaded if overused. 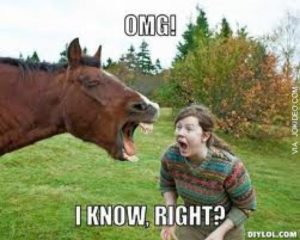 In digital communication, I know is often rendered in all caps, with an exclamation point and multiple Os for emphasis. 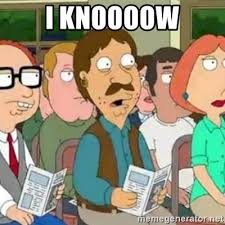 This is not meant to be a formal definition of I know! like most terms we define on Dictionary.com, but is rather an informal word summary that hopefully touches upon the key aspects of the meaning and usage of I know! that will help our users expand their word mastery.