What does Jeebus mean?

Help us, Jeebus! Jeebus (or Jebus) is a humorous substitute for Jesus, sometimes used to avoid blaspheming, other times to poke fun at believers, and most often just as a playful interjection.

Where does Jeebus come from? 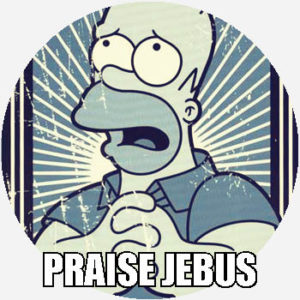 Like so many cromulent words that have embiggened our language, Jeebus owes its popularity to The Simpsons. In an episode from 2000, Homer gets sent to be a Christian missionary. In his typically clueless way, Homer protests “I’m no missionary. I don’t even believe in Jeebus.” He immediately proceeds to plead for Jeebus to save him.

Homer can’t take all the credit though. In the 1952 novel A Cry of Children, one character, trying to watch his language, uses Jeebus rather than Jesus so as not to take his god’s name in vain.

Still, use of Jeebus didn’t really take off until the 2000s after that Simpsons episode. In 2002, a writer on the review website Television Without Pity exasperatedly declaimed “Oh, Jeebus” in response to E.R. star Noah Wyle’s apparently disappointing facial hair. The punk band Random Heroes put out an album titled Bigger Than Jeebus in 2004. The exclamation “Sweet Jeebus!” even showed up in a vegan cookbook in 2005. That same year, a Christian writer even noted that the Jeebus fish, in the style of the ichthys, was showing up on car bumpers. 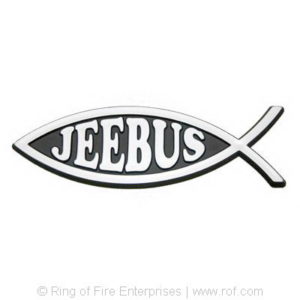 Thank jebus for uber eats so my tired semi hungover butt doesn’t have to cook or leave the house to get foods #LazySunday
@The_JRP_Artist, July 2018
Question: I'm just watching Die Hard 2 for the first time. Exactly how long is this runway? Do people know that jet fuel can't be ignited by a cigarette lighter? JEEBUS, this movie is stupid! #DieHard
@Writer614, July 2018
Did the notoriously homophobic vice president need to run home to Mother after watching the “sinful” display of affection between the two world leaders? And did she step in with an iron fist to get them right with White Jeebus?
Bill Browning, LGBTQ Nation, April 2018
SEE MORE EXAMPLES

Like the minced oaths jeepers or geeze, Jeebus can be used in place of Jesus as a more polite (and less blasphemous) exclamation. 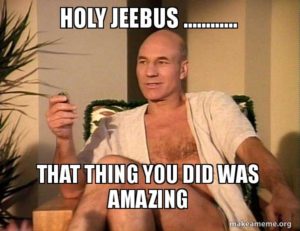 It can also be used for simple humorous effect. It can make a character look silly or dumb, like Homer—and let’s face it, Jeebus just sounds funny. 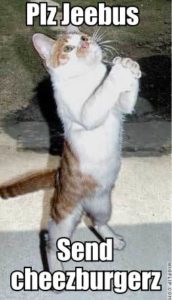 Sometimes nonbelievers may use Jeebus to mock Christians (or at least overzealous ones) as stupid. 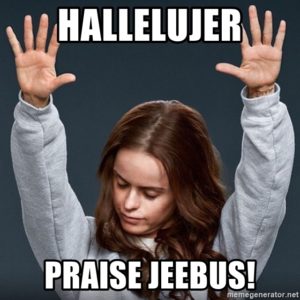 Jebus, incidentally, does show up in the Bible, and no, not as a typo. Jebus was the name for the Canaanite city built on Mount Zion which preceded Jerusalem.

This is not meant to be a formal definition of Jeebus like most terms we define on Dictionary.com, but is rather an informal word summary that hopefully touches upon the key aspects of the meaning and usage of Jeebus that will help our users expand their word mastery.