What does Jesus take the wheel mean?

Where does Jesus take the wheel come from? 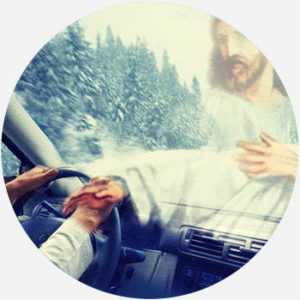 Jesus take the wheel had some scattered use in online forums and sermons in the early 2000s, including a 2000 Usenet post and a 2004 webpage called How Can I Know God? which advocates “clearing out of the driver’s seat and letting Jesus take the wheel.” The expression, however, was popularized and expanded by a 2005 Carrie Underwood Christian-country song of the same title. While she may have been influenced by earlier uses, Underwood may well have developed the expression independently.

The song tells the story of a woman who loses control of her car when driving home and prays for Jesus to literally, and figuratively, “steer” her life: “Jesus, take the wheel / Take it from my hands / ‘Cause I can’t do this on my own.”

The song made the top spot on Billboard 100’s Hot Country chart, won two Grammys, and was awarded Single of the Year at the Academy of Country Music awards.

While Underwood’s “Jesus, Take the Wheel” was appreciated by the country music community, it was also parodied by the internet. Spoofs of “Jesus, Take The Wheel” included

a 2010 image on a Christian blog featuring Jesus and Carrie Underwood in a car, and 2011 rage comic by a Reddit user, and other memes which interpret Jesus taking the wheel literally (with an image of a truck missing a wheel), or offensively (showing a group of Latino men, captioned: “Jesus, take the wheel / Carlos take the stereo”).

Apart from its use as a meme, Jesus take the wheel spread into the popular lexicon as both a serious and light-hearted plea for help by 2007. A 2015 country song by Sam Outlaw alluded to Underwood’s hit track with its title and chorus: “Jesus, take the wheel / and drive bar.”

Examples of Jesus take the wheel

“Half of these girls foundation is the color of the bottom of their foot LMAO Jesus TAKE THE WHEEL”
@athenaaolvera Twitter (May 5, 2017)
“I'm a 'let jesus take the wheel' but I do measure the pasta, so I didn't found weird Mina being precise about it.”
fabulousdoll Livejournal (December 21, 2016)
“The company runs a slowly-growing self-driving taxi pilot program in Singapore, which, according to AN, currently consists of a single Audi sport-utility vehicle outfitted with the required suite of computers and sensors for self-driving operation, as well as an engineer in the driver's seat to make like Jesus and take the wheel should things go awry.”
Will Sabel Courtney, “Delphi's Self-Driving Taxis May Begin U.S. Operations This Summer,” The Drive (May 15, 2017)
SEE MORE EXAMPLES

Who uses Jesus take the wheel?

Like other religious-based interjections or exclamations such as Jesus Christ! or God help me, Jesus take the wheel can be uttered or written genuinely or ironically in exasperation, excitement (as if one’s lost control over themselves) exhaustion, anger, or resignation. In some cases, it’s used as an earnest prayer for divine help when one feels helpless or lost: “My daughter’s in surgery. Jesus, take the wheel!” Jesus take the wheel is also used an expression used to convey improvisation or letting things happen as they may.