What does mayo mean?

Typically, mayo is short for mayonnaise, a classic condiment made of oil, vinegar, and egg yolks. When not, it can also be a slur against white people or a slang term for drugs.

Where does mayo come from? 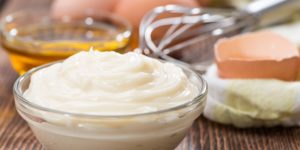 It’s not exactly clear where mayonnaise comes from or how it got its name. An early 19th-century traveler to Paris mentions a chicken dish containing mayonnaise but doesn’t give the recipe. It’s one of the earliest attestations we have to the condiment.

Whatever its ultimate origin, mayonnaise is recorded in English as early as 1815 as borrowed from French. The condiment quickly became popular around the world. By 1930, mayonnaise was informally shortened to mayo, and is commonly referred to as such today. 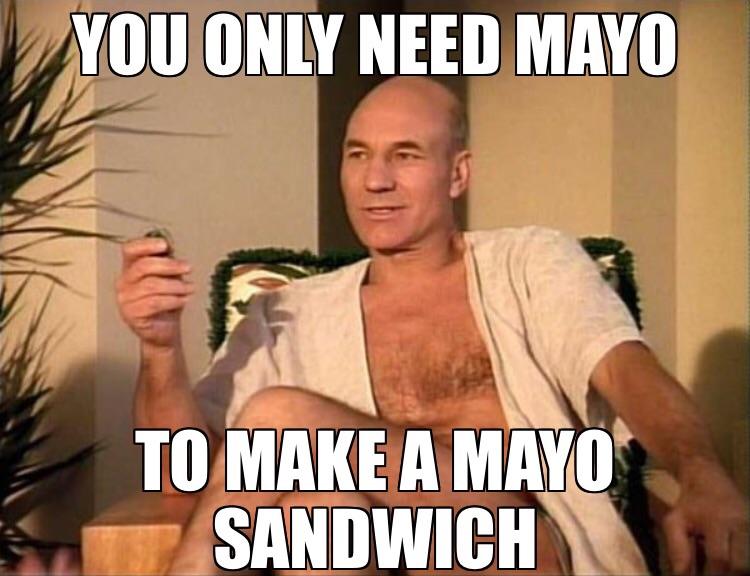 Mayo began being used as a slang for drugs as early as the 1940s, becoming commonplace by the 1990s–particularly in reference to cocaine but also heroin or morphine. The nickname may have been inspired by the white color of the condiment, but it’s also a possible corruption of the name yayo, a Latin American term for cocaine.

Mayo, as slang for drugs, also appears in hip-hop songs from the 1990s, such as “Nigga Gots No Heart” by Spice 1, which features the line: “Now I gots mo’ mayo than the rest of the pushers.” This expression appears to have largely dropped out of use by the early 2000s, however.

By at least 2000, mayonnaise–occasionally shortened to mayo–emerged as a slur against white people, presumably a riff on the condiment’s color.

Adrian calls me a mayo monkey or white devil everyday 😕 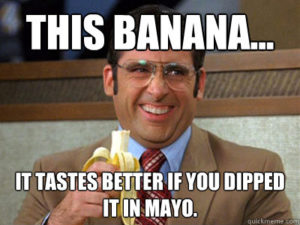 Occasionally, mayo is still used as slang for cocaine or heroin.

Mayo, when used as a derogatory term for white people, is most common in black American slang, although its use is not extremely widespread.

Sometimes it’s used as an adjective in conjunction with other words, such as mayo ho, in order to create the perfect, sandwich-ready burn:

This is not meant to be a formal definition of mayo like most terms we define on Dictionary.com, but is rather an informal word summary that hopefully touches upon the key aspects of the meaning and usage of mayo that will help our users expand their word mastery.