What does National Send a Nude Day mean?

National Send a Nude Day is a joke hashtag and holiday dedicated to sending nude photographs. The ambiguity of the intended recipients of the photos and the broader public reaction to it helped transform it into a trend on social media.

Where does National Send a Nude Day come from? 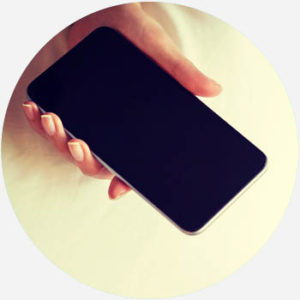 The nude in National Send a Nude Day refers to nude photographs. The hashtag is a prompt to send such a photograph of yourself or someone else. Capitalizing on the popularity of “national days” like #NationalPizzaDay or #NationalPuppyDay on social media, the internet witnessed many efforts to make National Send a Nude Day (#NationalSendANudeDay) a trend throughout the 2010s. The earliest attempt was October 5, 2012. It didn’t take off, receiving only a few tweets from the user who created it. One user tried for January 16, 2013; another aimed for August 17, 2013.

On April 22, 2014, one Twitter user tried a variant, #NationalSendYourManNudesDay, which got a considerable number of retweets, received some media coverage, and was even referred to as #NationalSendANudeDay. Yet another effort on March 22, 2016 also got a little attention as National Send a Nude Day, with the original tweet receiving 175 retweets, but it didn’t build up steam. Most of these attempts appear to have been regarded as perverse, if not predatory, pranks.

Then, on May 19, 2016, #NationalSendANudeDay finally caught fire on Twitter, perhaps sparked by its use on Instagram the previous day. Regardless of its exact spread, the hashtag caught the attention of Twitter Moments. As #NationalSendANudeDay starting ballooning on Twitter on May 19, some users sent photos of themselves or other people in various states of undress, others took the opportunity to hint to their followers that they would like to receive nudes, and yet others grew increasingly flabbergasted with the entire concept or decried it as the ploy of users desperate for nudes. Many, though, treated the event with a sense of absurdity and irony, posting pictures of sphynx cats, chicken breasts, nude shoes, classical paintings, and other creative definitions of nudes. These types of parodic “nudes” became a meme in and of themselves.

Reactions on news websites varied. Some dismissed National Send a Nude Day as a fake holiday intended to trick people into sending nude photographs. Others warned Twitter users, especially women, to be on their guard against a higher-than-average amount of inappropriate behavior. A number of sites took a more tongue-in-cheek approach in covering National Send a Nude Day, embracing the ridiculousness of the concept.

“There are so many unnecessary holidays. God forbid if we reach the second anniversary of National Send a Nude day.”
@OnyxTwilight Twitter (March 23, 2017)
“You’re too old to send nudie selfies if it takes 3-5 business days. #NationalSendANudeDay”
American Dad Facebook (May 19, 2017)
“A quick browse of my Twitter feed this morning brought to my attention that today is National Send A Nude Day, so betches everywhere need to be on their A-game.”
Sgt. Olivia Betchson, “Betches Beware, Today Is National Send A Nude Day,” Betches.com (May 19, 2016)
SEE MORE EXAMPLES

While National Send a Nude Day and its hashtag is widely used with a sense of irony, some people may use it to share or solicit graphic content.