What does neckbeard mean?

A neckbeard is an informal term for facial hair on the neck, usually ungroomed, and sometimes accompanied by little or no hair on the rest of the face. It is often used to stereotype nerds or geeks.

Where does neckbeard come from? 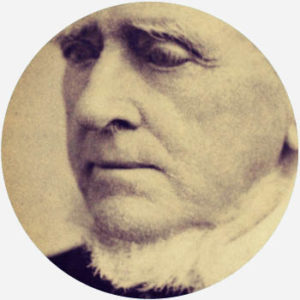 Evidence of the term neckbeard dates back to 1847, when Austrian-American journalist Charles Sealsfield used it in his historical novel Rambleton. Sealsfield described the “five beards” of a man, including the neckbeard as the portion of facial hair that grew from his neck. This use of neckbeard is still used colloquially today, though neckbeard is also used, often humorously, to describe a specific style where the only facial hair a person has or can grow is around their neck, while the rest of their facial hair is patchy or nonexistent.

In early 2003 neckbeard became a slang term for “computer geek,” often used as an in-joke by computer professionals or enthusiasts. For example, in March 2003 a member of a Usenet online discussion group named WM James asked “You one of those ‘neckbeard‘ guys?” In another thread from March, a user referred to the Board of Directors of Worldcom as being “replaced by neckbeard unix assholes.”

By 2005, an article on the website Something Awful described the neckbeard as an unattractive style sported by nerds. In 2008, a post on by rootbeer277 on Everything2, a web community, further extended neckbeard as a trope for “the obese, computer-savvy loser who lives in his mother’s basement.”

“I love this thread. 'Hello. My name is _______, and I'm a neckbeard. I haven't neckbearded in 6 months.'”
kedavo Reddit (2014)
“I love westerners thinking being an otaku or fujoshi is cool or unique and not basically calling yourself a neckbeard”
@GoGoAkuman Twitter (May 3, 2017)
“Neckbeards are like their own breed of basement people. Now let us explore their natural habitat filled with Mountain Dew and cheesy Doritos fingers.”
Hannah Grant, “15 Hilarious Reasons Neckbeards Are Sorta the Worst,” College Humor (April 21, 2015)
SEE MORE EXAMPLES

As noted, neckbeard is used casually to refer to facial hair around their neck, which is often thick, itchy, and unruly, e.g., “I really need to shave my neckbeard.” The beard itself, when grown without a mustache and chin beard, is also sometimes called a neard, which blends the words neck and beard.

In addition to referring to the facial hair style itself, neckbeard can also be a pejorative noun for the kind of person stereotyped as having a neckbeard, implying the person is lacking in social graces, personal hygiene, and possesses other unpleasant personality traits. For example: “That neckbeard is such a weirdo,” or “I’m leaving this party, it’s full of neckbeards.”

In spite of the negative stereotypes about nerds it perpetuates, some computer and computer-gaming enthusiasts have embraced the term neckbeard as a proud self-identifier. For example, if two people were comparing computer systems, and one wanted to demonstrate technical superiority over the other, they might say, “Don’t worry, you’ll reach full neckbeardedness eventually.”

This is not meant to be a formal definition of neckbeard like most terms we define on Dictionary.com, but is rather an informal word summary that hopefully touches upon the key aspects of the meaning and usage of neckbeard that will help our users expand their word mastery.