What does nootropics mean?

Nootropics, also known as smart drugs, are drugs or other supplements used by cognitively healthy individuals in an effort to increase their cognitive functioning.

Where does nootropics come from? 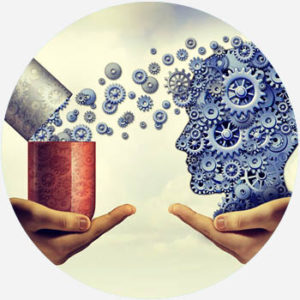 The word nootropic was coined as early as 1964 by Dr. Corneliu E. Giurgea, a Romanian chemist and psychologist. Modeled after earlier drug-related terminology like psychotropic, the word is a portmanteau of Greek words noos, which means “mind,” and tropein, which means “to bend or turn.” Nootropics, then, are substances that specifically affect the mind. Giurgea discovered nootropics by accident while trying to develop sleeping pills, which led him to a new class of drugs and the first of its kind: Piracetam.

According to Giurgea, to be classified as a nootropic, a substance must 1) improve memory, 2) improve behavior under adverse conditions, 3) shield the brain from injury by physical or chemical measures, 4) improve tonic cortical/subcortical control mechanisms, and 5) demonstrate low toxicity and side effects, as well as a lack of characteristics common to other performance-enhancing drugs. While this five-part definition has changed somewhat since Giurgea published his work, new definitions share many of the same characteristics.

What exactly classifies as a nootropic is often unclear, since there is no standard federal definition and new or modified substances reach the market quickly. Generally, any substance that claims to enhance cognitive ability is referred to in common usage as a nootropic.

Nootropics are most commonly associated with students worried about exams or their careers or young professionals in high-pressure fields, feeling the substances boost their creativity and productivity. Though there are natural (e.g., caffeine) or over-the-counter (e.g., dietary supplements) nootropics available, many are available by prescription (e.g., Adderall), and many users do not have prescriptions.

As with most substances that purport to enhance performance, both proponents and opponents of nootropics are vocal. Startup companies such as Nootroo, Pure Nootropics, and Nootrobox sell nootropics in so-called stacks designed for specific uses, such as studying or memory enhancement. Some studies seem to support the cognitive-enhancing effects of nootropics such as Modafinil, a drug originally intended to treat sleep disorders, on healthy individuals.

Those who oppose the drugs have raised ethical questions as well as practical ones, arguing that the lack of research into long-term health impacts and the lack of regulation on nootropics should raise concern.

“Sun and Ocean. The Original 'Vitamin D and Nootropic Supplement Stack'.”
Michael Mason @MichaelPorfirio Twitter (May 18, 2017)
“There were also health hackers, who seek to optimize their bodies through tweaks to their diet; grinders, who open their bodies and implant devices such as microchips, headphones, sensors and antennas; and people who use nootropic drugs, which are meant to enhance cognition.”
Abigail Abrams, “These real-life cyborgs hack their bodies with chips, magnets and other tech,” The Washington Post (June 13, 2016)
“Sample posts on a sister forum called StackAdvice include ‘Good effective nootropic stack for competitive college performance?’ and ‘Seeking stack advice for mood enhancement.’ Users compare and critique stacks like developers arguing about server software.”
John Herrman, “New Technology Is Built on a ‘Stack.’ Is That the Best Way to Understand Everything Else, Too?” The New York Times (April 11, 2017)
SEE MORE EXAMPLES

Nootropics is also the name of an IPA brewed in New York and an album by Baltimore band Lower Dens.

This is not meant to be a formal definition of nootropics like most terms we define on Dictionary.com, but is rather an informal word summary that hopefully touches upon the key aspects of the meaning and usage of nootropics that will help our users expand their word mastery.