What is a normie?

Normie is a slang for a “normal person,” especially someone seen to have conventional, mainstream tastes, interests, viewpoints, etc. It is intended as an insult but often used ironically.
Normie is also sometimes used by specific in-groups to refer and distinguish themselves from specific out-groups.

Where does normie come from? 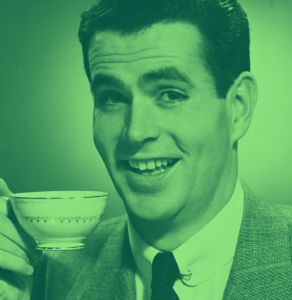 As is so often true of slang, the term normie is older than you may think. Shortened from normal and combined with the informal, diminutive –ie suffix, normie is evidenced in the written record as early as the 1950s. Historically, the term has been specifically used as a way for people with physical disabilities to refer to people without them.

In the 2000s, normie spread on social media as an insult whose lifestyle, fashion, hobbies, and the like are perceived to be too normal: they are uninteresting, unoriginal, and conforming to the mainstream culture. To draw on another slang term, a normie is “basic”—or to dust off some older slang, they are “square.”

Here are some more details on the evolution of normie in popular culture:

Throughout the late 1990s and into the early 2000s, normie was used by certain communities to describe outsiders. Websites like Addiction.com feature articles such as “What I Know About Dating Normies” and “10 Things a Normie Doesn’t Understand About Addiction” to contrast the life of those in recovery groups and normies on the outside. Normie has also been used by people with disabilities to describe those without.

Around the time Urban Dictionary logged the term in 2004, it began circulating through different social groups on the internet. In the late 2000s, it was adopted by cosplayers and anime enthusiasts and used to describe people who liked what they considered basic anime or weren’t as passionate about anime. In 2012 normie gained popularity on the 4chan forums. Through the mid 2010s it was a staple on meme subreddits such as r/memeeconomy, usually accompanied by a Pepe meme.

As normie proliferated 4chan, the online subculture of men called incels (involuntary celibate) began using it in conjunction with the term blue-pilled normalfag, which derides a man who spends time on male message boards but still gets dates or has a girlfriend or wife. Blue-pilled normalfag is closely associated with normie, though the latter slang has broader and less offensive uses.

Looking to the social media site Twitter, normie rose in usage in the late 2010s and broadly refers to people thought of as simply boring and mainstream. In this sense, the word is often associated with normcore, which is a fashion style or way of dressing characterized by ordinary, plain clothing with no designer names, often a reaction against trendy fashion.

Dark Waters will be called Haynes’ most normie film yet, and in terms of subject matter and directorial style, it probably is.
Dana Stevens, Slate, November 20, 2019
i really try my absolute hardest to be a normie at work but unfortunately occasionally something like “chronic lyme disease isn’t real” jumps out of my mouth
@nomunnynohunny, January 30, 2020

Normie is meant as a mild insult. An effective slang antonym for normie is hipster.

went to a hipster party and realized all parties need a good normie ratio. without them, there was no dancing, no drinking, just sitting on the couckh discussing sustainability

A couple years ago in class I saw the most hipster looking guy I've ever seen irl, which is fine enough, but he was also wearing a rage faces t-shirt. And the contrast between too hipster and too normie in the same place gave me heartburn.

Members of in-groups may use normie to refer to specific out-groups. For instance, parts of the anime community may use normie for people who only watch the really popular anime.

normie post: I went vegan a few months ago and it has been infinitely easier and more delicious than I ever expected. big fan

2018/2020
I went from normie in the closet to going back my true emo form 😌 https://t.co/cyjCmNcMMB pic.twitter.com/2nlaizLyki

Normie is also used ironically, especially when some is being self-deprecating about what they like or do, e.g., I have a totally normie corporate job, so it may surprise that you that I’m super into obscure, experimental cinema from Eastern Europe.

Me When My normie friends find out I draw anthropomorphic animals and watch furry tik tok on a daily basis pic.twitter.com/7ADwIkxPyN

As our above example shows, normie can be a noun (e.g., He is a normie) and an adjective (He has normie interests in things like football and Top-40 music).

This is not meant to be a formal definition of normie like most terms we define on Dictionary.com, but is rather an informal word summary that hopefully touches upon the key aspects of the meaning and usage of normie that will help our users expand their word mastery.