What does pickup line mean?

A pickup line is a planned effort (which usually doesn’t work) to start a conversation with a stranger in romantic or sexual pursuit of them.

Where does pickup line come from? 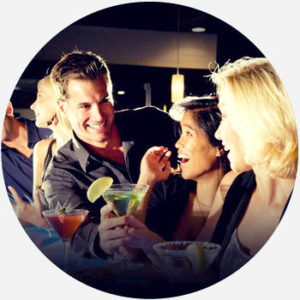 Since at least the 1600s, to pick (someone) up has been used as slang for having a casual sexual encounter with a person. The slang inspired the adjective pick-up, used to describe a line, or rehearsed remark, used to strike up a conversation with a person in order to pursue them romantically or sexually.

One notable early instance of pickup line was used in 1979 to describe a line of dialogue in the classic 1969 film Midnight Cowboy, when Joe Buck (Jon Voight) says to a rich lady: “Beg pardon, ma’am, I’m new here in town, just in from Houston, Texas, and looking for the Statue of Liberty.”

The term pickup line spread in the 1980s and by the 1990s had become associated with men’s ill-advised efforts to talk to women at bars (e.g., a man asking a woman “Did it hurt when you fell from heaven?”). Pickup lines typically begin with a question followed by a punchline (e.g., “Do I know you? ‘Cause you look a lot like my next girlfriend.”). 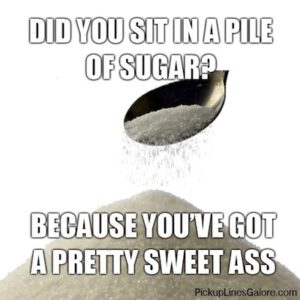 Pickup lines spread in digital communication with the rise of social media and online dating in the 2000s. On these platforms, pickup lines take the form of a private or direct message to someone in hopes of attracting their interest to set up a date or chat further.

On the 2017 season of his Netflix comedy Master of None, comedian Aziz Ansari notably parodied online dating messages in a joke revolving around his go-to pickup line on Tindr: “Going to Whole Foods. Want me to pick you up anything?”

"You should smile more" is not a pickup line
@TeeZus12, April 2018
some girl used "your beard connects really nicely and I think we will too" as a pickup line on me today and I think I might explode in one big fart by how gassed I still feel from it
@DarielTL, April 2018
"…[H]is opening line was, 'Are you here for business or are you here just to meet me?' Pushy, I took the bait."...This is proof that sometimes you just need to totally go for it, because sometimes pickup lines really do work wonders.
Adam Rippon quoted by Jessica Booth, Hello Giggles, April 2018
SEE MORE EXAMPLES

Pickup lines are often seen as corny or annoying when used in person, and as such, are sometimes compiled and complained about in popular articles or on social media. These pickup lines are typically associated with men who are seen as trying too hard. They are also criticized as creepy, objectifying, or manipulative, especially when instructed by so-called pickup artists who coach men on approaching women with lines like “Hi, you looked so beautiful over here I had to come up and say hello.” 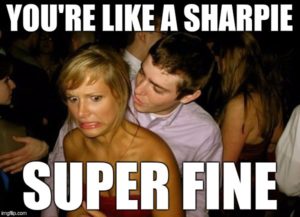 Some people enjoy crafting deliberately bad pickup lines for humor (cough, cough). Others may actually, and ironically, employ silly pickup lines to charm a stranger (e.g., “Do you have any raisins? No? Then how about a date?”). 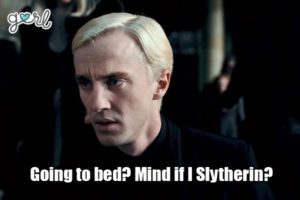 Pickup lines are also used and referred to in online dating, although initial contact is often simply referred to as a message.

In the United Kingdom, pickup lines are sometimes called chat-up lines since at least the 1980s.

This is not meant to be a formal definition of pickup line like most terms we define on Dictionary.com, but is rather an informal word summary that hopefully touches upon the key aspects of the meaning and usage of pickup line that will help our users expand their word mastery.