What does pillow princess mean?

A pillow princess is a slang phrase that describes someone, mostly an LGBTQ woman, who prefers to receive sexual stimulation more than they do to give it.

Where does pillow princess come from? 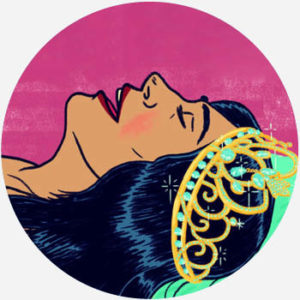 Evidence for pillow princess appears as early as the 1990s in LGBTQ media about lesbian dating. In 1992, one publication, Deneuve, defined a type of dynamic in lesbian relationships “where the butch would initiate and give sexual pleasure while the femme would play ‘pillow princess’ and receive.” Pillow, here, implies passive while princess, in addition to suggesting special treatment, has been a slang term for a gay or lesbian person since the 1960s. A 1995 anthology of short stories focusing on the black lesbian experience, Afrekete, contains a short story also notably featuring the phrase.

Into the 2010s, the mainstream press began to use pillow princess in heterosexual contexts, helping bring the phrase further into the mainstream. Publications and websites include a variety catering to both men and women, like Maxim, Marie Claire, YourTango, and Elite Daily. Websites such as XOJane have even carried columns with titles such as “It Happened to Me: I’m a Lesbian Pillow Princess.”

Ain’t no pillow princess here... yeah I might be the one receiving, but I’m still on top 😏
@mizrmd, March, 2018
But anyway, after playing pillow princess for awhile, I decided I was ready to call myself a real lesbian and return the favor.
@EWeezytaughtme, December, 2014
As a sex educator, sexual pioneer (if I do say so myself), and bonafide pillow princess, I have spent years perfecting the art of a lazy, clitorially satisfying cowgirl position—as well as some brilliantly coy ways to avoid it altogether.
Gigi Engle, Marie Claire, June, 2017
SEE MORE EXAMPLES

Traditionally used within the LGBTQ community and especially among queer women, being a pillow princess can carry a positive connotation or negative one.

Among LGBTQ persons, pillow princess is particularly applied to bisexual women or women experimenting with their sexuality. It implies the woman, in her exploratory phase, is hesitant to reciprocate sexual acts in general or with some partners.

Online magazines catering to men have used pillow princess to talk about heterosexual women who are “lazy” in bed, illustrating the spread of the term outside the LGBTQ community. Such a woman is also called a starfish. The term also crops up in popular women’s articles about sexual positions.

Although pillow prince is sometimes used as a male equivalent, it is not as widely used, and pillow princess remains a term mostly used for women.

This is not meant to be a formal definition of pillow princess like most terms we define on Dictionary.com, but is rather an informal word summary that hopefully touches upon the key aspects of the meaning and usage of pillow princess that will help our users expand their word mastery.