What does reply girls mean?

In the early 2010s, reply girls were a type of female YouTube user who, by exploiting the video platforms’s algorithm and using sexually suggestive thumbnails for videos, earned enough views on their channels to monetize their content.

Where does reply girls come from? 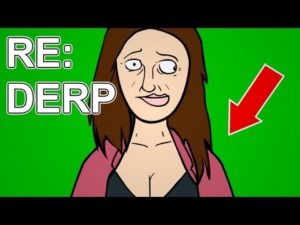 The reply girl craze began on July 18, 2011 with the uploading of a series of videos by Alejandra Gaitan on her YouTube channel thereplygirl. Gaitan had discovered that, by titling her videos Re: followed by the name of a trending video, YouTube’s algorithm would prioritize suggesting her videos to users

To further entice users to click on her videos, Gaitan also featured thumbnails that exposed her cleavage. Despite her videos only consisting of short, empty chats on a random topic, it was estimated that Gaitan was making between $100 to $1,000 per video through advertising.

Seeing how easy it was to get hits on videos and make money with Gaitain’s tricks, others followed suit, and they were dubbed reply girls after Gaitan’s handle. Soon, YouTube was flooded with such videos, which The Daily Dot described as the tittiepocalypse, thanks to the heavy cleavage.

In response, YouTube users began complaining, often in the form of anti-reply girl videos. Some, unfortunately, even went as far as to send violent death threats to prominent reply girls, including Megan Lee Heart.

Many argued that reply girl videos weren’t just spamming the platform, but also preventing legitimate creators from growing their channels because the YouTube algorithm prioritized curating reply girl videos over their content.

Eventually, a formal complaint was made in the form of a 2012 petition on Change.org calling for YouTube and parent company Google to do something about the phenomenon. The petition received roughly 3,000 signatures in the span of 24 hours, and Google noticed.

Ultimately, YouTube implemented a solution in early 2012 to modify their algorithm to favor videos that were watched for a longer period of time. Since reply girl videos were usually clicked on then closed after just a couple of seconds, the new algorithm didn’t favor them, and so they stopped appearing as suggested content, ending yet another peculiar chapter in the internet’s young but already strange history.

Given that reply girl videos have for the most part disappeared from YouTube following its 2012 algorithm change, the term has for the most part also retreated from internet culture. However, reply girl is still occasionally mentioned in discussing YouTube’s handling (or mishandling) of the reply girl phenomenon.

YouTube traditionally has followed a 'wait and see' approach to community moderation. It took YouTube over 2 years to address the Reply Girl phenomena, long after it destroyed discourse of their community.

When people asked them to change to stop the Reply Girl plague that was profiting off animators works with their reply vids they ended up fucking over animators extremely hard. I worry to think what they'll do if they try to stop these videos

Others may allude to reply girls as a joke about getting rich quick.

If my youtube thing doesn't work out I'll have to resort to being a reply girl.

This is not meant to be a formal definition of reply girls like most terms we define on Dictionary.com, but is rather an informal word summary that hopefully touches upon the key aspects of the meaning and usage of reply girls that will help our users expand their word mastery.