Feedback
rickrolling
riddle me this

What does Rico Suave mean?

Rico Suave is a generic name and stereotype for a smooth, flashy Latino lover.

Where does Rico Suave come from? 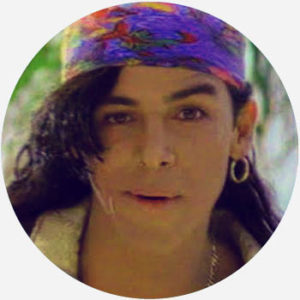 Rico Suave, which could roughly translate from Spanish as “rich and smooth,” first gained widespread popularity in the US in 1991 with the release of Gerardo Mejía’s wildly popular Spanish-English rap song, “Rico Suave.” The lyrics describe a smooth-talking Latino womanizer, which is possibly the source of the character archetype it spawned. Because the song was on his debut album and told a story in the first person, Rico Suave also became a nickname for Mejía himself.

“Rico Suave” peaked at #7 on the Billboard Hot 100, and Mejía has confirmed in subsequent interviews that he did live the lifestyle described in the song as he toured all over the world. While it’s difficult to say whether the Rico Suave archetype predated the song or if it was wholly invented by the singer, Mejía definitely popularized the term.

Though the song is now considered a one-hit wonder, the character of Rico Suave persists in the public consciousness. Rico Suave first appeared on Urban Dictionary in 2002, and spiked in 2014 when Gerardo Mejía’s reality TV show, “Suave Says,” was released on VH1.

Rico Suave tends to be used as the name of a stereotypical Latino ladies’ man who is very charming but cocky, often depicted as wearing gold jewelry, with flowing or greased hair, and long, unbuttoned shirts over a muscular torso.

People tend to use the term as a way to refer to Latin men they think fit that profile (e.g. “Check out Rico Suave over there”). It’s important to stress here that Rico Suave is a stereotype, and is considered offensive by many, including the Latino community, who widely criticized Gerardo Mejía for perpetuating such a caricature.

Less commonly, Rico Suave is still used as an alternate name to refer to Gerardo, himself.

This is not meant to be a formal definition of Rico Suave like most terms we define on Dictionary.com, but is rather an informal word summary that hopefully touches upon the key aspects of the meaning and usage of Rico Suave that will help our users expand their word mastery.