What does lesbian scissoring mean?

Lesbian scissoring is when two women stimulate each other by interlocking their legs and pressing their genitalia together. A great core workout … or a way to get kicked in the head during sex.

Where does scissoring come from? 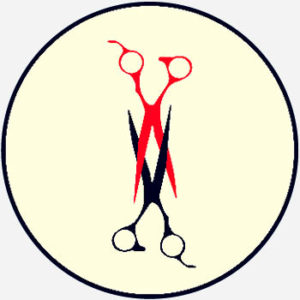 The earliest known pair of scissors are 3,000–4,000 years old, dating back to Ancient Mesopotamia. But, we know that’s not why you’re here.

A more academic term for lesbian scissoring, or simply scissoring, is tribadism, shortened to tribbing and documented in the 1800s. It encompasses all forms of genital contact between women … while scissoring specifically refers to a sex position that resembles two pairs of scissors attempting sex, hence the name.

The term was popularized by the electroclash band, The Scissor Sisters, who formed in the gay club scene in 2001 in New York City. Scissoring further spread into the mainstream thanks to prominent references on popular TV shows like Glee and South Park. A 2007 episode of South Park featured a scissoring scene with a character, Mr. Garrison, in a bra and lipstick shouting “Scissor me timbers.” 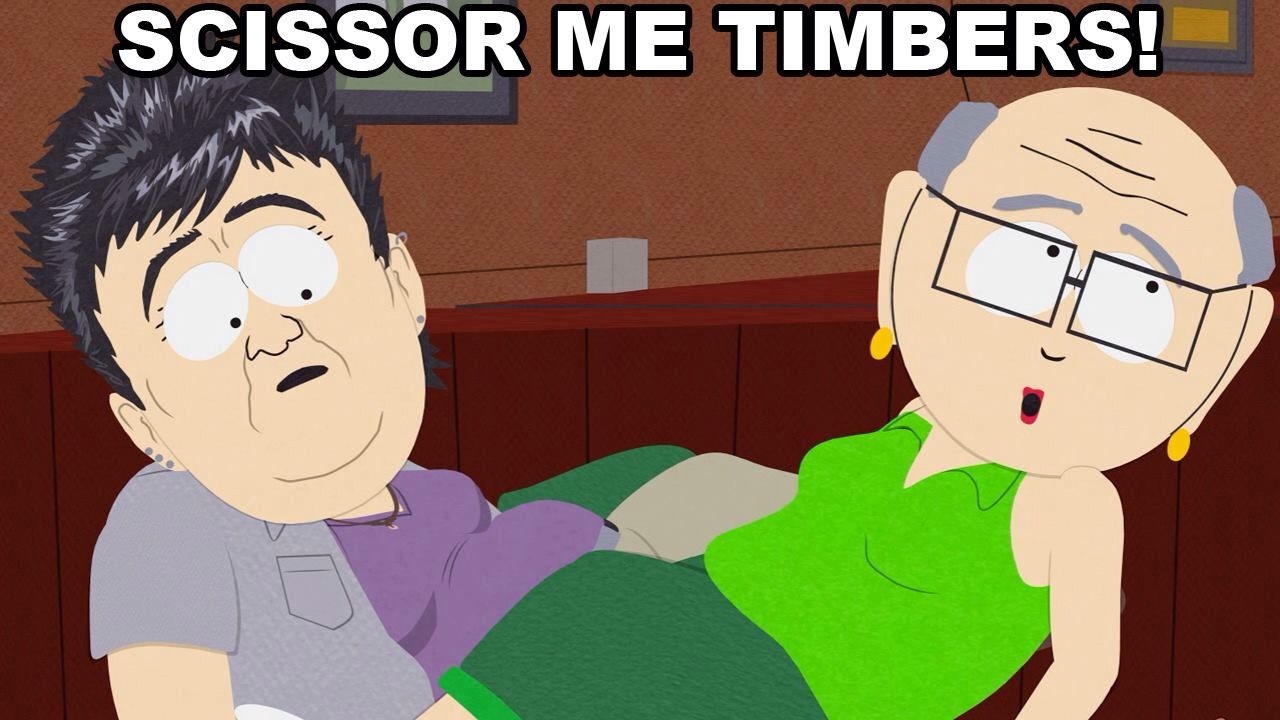 Many people in the lesbian community are adamant that scissoring is #notathing because it’s uncomfortable, difficult, and, well, ineffective. Instead, they maintain scissoring was invented by straight people who can’t understand how two women could possibly have sex. In fact, the hand signal for scissoring, a peace sign inserted into another peace sign and wiggled around, is a gesture used to mock lesbians and lesbian sex.

To be politically correct I don’t call it “Indian leg wrestling” anymore; I use the more accurate scissoring.
@wirtersblock, June, 2018
Scissoring is oftentimes considered a novelty, something vulva-owners try for the hell of it. There's even lesbian fan fiction about scissoring...
Sophie Saint Thomas, Refinery29, March, 2017
What is it with straight people, especially straight men, and scissoring? Among the many sexual acts that queer women perform with each other, this one seems, at least in our experience, to be the one that fascinates them the most.
Davey Davis, The Millions, November, 2016
SEE MORE EXAMPLES

As the South Park gag and hand gesture show, scissoring is occasionally the butt of jokes about lesbians—sometimes made by lesbians themselves.

This is not meant to be a formal definition of scissoring like most terms we define on Dictionary.com, but is rather an informal word summary that hopefully touches upon the key aspects of the meaning and usage of scissoring that will help our users expand their word mastery.