or shit show or shit-show

What does shitshow mean?

A shitshow is a description of an event or situation that takes an unexpected turn and is thrown into chaos. It’s another word for a spectacle or a complete mess. Shitshow can also be used to describe a person.

Where does shitshow come from? 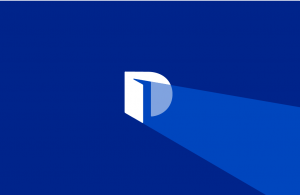 The earliest recorded evidence of shitshow dates from the 1970s. At the time, it had the connotation of something that is a mockery, a chaotic event, or a horrible situation. Over time, the mockery connotation receded, making space for the sense of a shitshow as a spectacle, which gained prominence and nuance over the years.

A shitshow is not simply something that goes disastrously wrong; it can also be something that goes entertainingly wrong. Which kind of shitshow is which all comes down to perspective. The importance of this distinction is tone in context. There are people who genuinely lament the existence of a shitshow, and others who are entertained and excited by the prospect of one.

Today, while shitshow still references an event, it can also reference an ongoing situation (previously, this was a distinction made between the related terms shitshow and shitstorm).

Additionally a person can now be described as a shitshow. This can refer to a one-off instance of a person being a total mess or completely unprepared for something, or it can be a longer-term situation.

“If d'Arnaud is going to be a complete defensive shitshow, he's going to need to finally show that bat we saw from his minor league days.”
Jeremy Rudinberg @hotdogsandbeers Twitter (March 24, 2017)
“One of my brother's [sic] had a shitstorm (shitshow) of a wedding”
billbapapa Reddit (July 19, 2016)
“It was a bad scene. Mass extinction is a real shitshow.”
Adrienne LaFrance, “Our Cataclysmic Planet,” The Atlantic (March 15, 2017)
SEE MORE EXAMPLES

Having been in use since the 1970s, the age and demographics of users is fairly diverse, though dependent on a person’s likelihood to swear. This being said, it is not entirely in common use; when writing in 2015 for Slate’s Lexicon Valley, Mike Vuolo admitted that it was a word he was aware of, but did not fully understand.

Because of the inclusion of the profanity shit in this term, it is considered vulgar, and not generally used in a formal setting.

This is not meant to be a formal definition of shitshow like most terms we define on Dictionary.com, but is rather an informal word summary that hopefully touches upon the key aspects of the meaning and usage of shitshow that will help our users expand their word mastery.