Shlitty is a slang variant of shitty and litty, used especially when someone is getting drunk or having a good time partying. It can also be used as a euphemism or playful form to mean shitty in its other, non-drunk senses.

Where does shlitty come from? 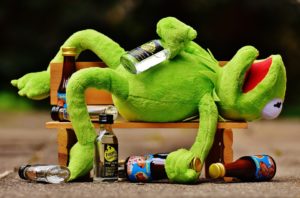 The origins of shlitty are not entirely clear. An Urban Dictionary entry for the term in 2004 presented shlitty as a kind of extreme form of shitty … whether in the bathroom or not. The inserted L lends a kind of messiness to it all, doesn’t it. (Sorry. Gross.)

By at least 2010, people were using shlitty to mean “getting intoxicated.” This shlitty would appear to be a blend of shitty (related tp shitfaced, or “drunk”) and litty, slang for “drunk, high; excellent” (from lit). Litty emerges as slang around the same time.

Wine gets me a different type of shlitty 😎😎

Shlitty got a boost in May 2019 when Twitter user @mewtailv2 posted her sociology professor’s (at times hilariously out-of-touch) record of the slang terms and definitions used by his students. Among the terms on shown on his list was shlitty, which the professor defined as “a good time.”

My sociology professor keeps an alphabetic list of new slang terms he learns from students and I will never get over it pic.twitter.com/UxOxRsNJbb

Like litty, anything “great” or “cool” can be described as shlitty by extension.

... i just wanna go out and look hot and get shlitty with my friends is that too much to ask :/
@aaronphilipxo, March 2019
I was gonna make a video but then realized how shlitty I look. So I'll just wait until after school one day. New video this week!
@jopaaige, August 2012 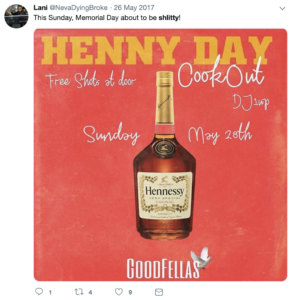 Shlitty may be considered mildly vulgar, as it’s related to shitty. It’s very informal and associated with youth slang.

Shlitty is still occasionally used to describe when things are particularly … crappy. This may be as a euphemism for shitty.

@HightowersWorld I wake up feeling shlitty; and feel better as the day goes on. #BodyProblems

More often than not, though, shlitty is used in relationship to drinking. This can refer to getting “wasted,” meant positively by users. Typically, it’s used in the phrase getting shlitty,” like getting drunk.

Shlitty can also generally refer to something that’s a good time or fun more generally.

This is not meant to be a formal definition of shlitty like most terms we define on Dictionary.com, but is rather an informal word summary that hopefully touches upon the key aspects of the meaning and usage of shlitty that will help our users expand their word mastery.