What does dirty Sprite mean?

Dirty Sprite, also known as “lean” or “purple drank,” is a slang term for a mixture of clear soda and prescription cough medicine that contains codeine and promethazine. It’s commonly referenced in hip-hop culture.

Where does dirty Sprite come from? 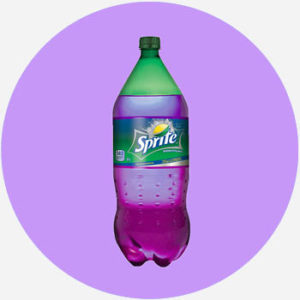 The practice of drinking prescription cough syrup mixed with soda originated in Houston, Texas during the late 1980s and 1990s. Atlanta-based rapper Future is credited with popularizing the term dirty Sprite in the early 2010s.

In 2011, Future released a mixtape called Dirty Sprite that glorified the recreational consumption of prescription cough syrup. Multiple songs on the album reference mixing the syrup with clear soda, such as Coke’s lemon-lime soft-drink Sprite. He followed up Dirty Sprite with his album DS2 (Dirty Sprite 2).

Dirty, in dirty Sprite, acts as spike and draws on the word’s additional use as slang for “good.” Dirty Sprite enthusiasts are known to add a grape Jolly Rancher candy to darken the mixture’s color to purple and increase its sweetness.

Nah I’m still laughing at niggas saying T’Challa was drinking the dirty sprite to get his powers lmao 😭
@YungEmac, February, 2018
Dirty Sprite, drank or lean; it’s all referring to the codeine-promethazine blend that is the main ingredient in the deadly drink that has been made popular in Hip Hop culture.
Sha Be Allah, The Source, November, 2015
One, Two cups keep my ice cool Three or four zips have me leaning like a fool Purple Sprite on top of ice I'm rocking ice on dirty sprite
Future, “Dirty Sprite,” 2011
SEE MORE EXAMPLES

Dirty Sprite is one of several slang terms used in hip-hop culture to describe a concoction of prescription cough medicine and clear soda, whose abuse has been linked to deaths. One distinction held by dirty Sprite is that it may include benzodiazepines or “benzos” like Xanax. These additives increase the drink’s potency or “dirtiness.”

In 2011, Canadian rapper Drake alluded to dirty Sprite on his hit song “I’m On One.” The song’s lyrics reference styrofoam cups, the preferred way of drinking dirty Sprite: “Two white cups and I got that drink, could be purple, it could be pink, depending on how you mix that shit.”

Dirty Sprite has become a buzzword used by the media when reporting on the nationwide epidemic of teenage prescription drug abuse. Reports indicate that abuse of prescription cough medicine has been on the rise since the mid-2000s.

This is not meant to be a formal definition of dirty Sprite like most terms we define on Dictionary.com, but is rather an informal word summary that hopefully touches upon the key aspects of the meaning and usage of dirty Sprite that will help our users expand their word mastery.