What does dipped mean?

Dipped literally refers to something dunked in some kind of substance. But as a slang term, dipped means “to leave” or “to be well-dressed.” On a slightly more violent note, it can also refer to getting stabbed.

Where does dipped come from? 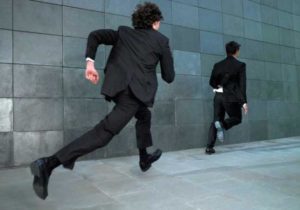 The word dip is very old and has acquired many senses over the centuries. Its most literal meaning of putting something into liquid is recorded in the 14th century. In the 1660s, dip took on the meaning of “inclining downward,” as in the stock markets dipped.

By the late 18th century, dipped food were items been lowered into and raised from some kind of liquid: Think chocolate-dipped strawberries. (Yum!)

Sometime in the early 20th century, dip took on the meaning of “to leave” in black slang. Slightly later, this meaning also surfaced in Australia. It’s not clear exactly where this meaning comes from. It’s possible that it’s a metaphorical extension of dipped, as in a person just temporarily dipping in and out of a situation. Like a strawberry.

Whatever its exact origin, dipped often means left (a place), as in the 2013 song “Lone” by Tyler, The Creator where he raps: “‘Cause when my mom dipped, she was the one that gave a fuck.”

Dipped also refers to someone being well-dressed in black American slang. This meaning is attested by at least the early 2000s. If someone’s dipped, it means they’re looking sharp in some nice clothing or otherwise wearing flashy swag.

Just cause a nigga can't keep you dipped in designer clothes & bags don't mean he not a real nigga! If that man make sure you eat everyday & do everything he can for you that's all that matters. We hella young TF! The internet got people heads fucked up!

Occasionally, getting dipped in Black American slang can refer to getting stabbed, as in getting a knife dipped in them (not-so yum). An example comes from the track “Red Opps” by 21 Savage where he raps the threat: “You don’t pull up on the Ave[nue], pussy boy, you get dipped.”

When I saw him, he was clean-cut and freshly dipped.
50 Cent, From Pieces to Weight, 2005
I am deeply sorry, my last two brain cells said “fuck this” and dipped
@fuckinbizzlee, December 2018 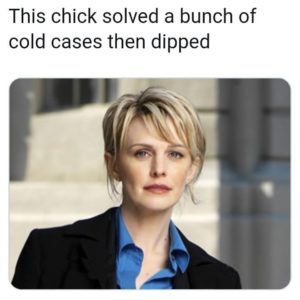 Anyone can use dipped in its original senses of “inclining downward”…

Everyone in NYC running home to put clothes back on cause the temps dipped on them. pic.twitter.com/d3S44CuBym

Or to describe temporary immersion or involvement in something…

A look back at how big tech companies dipped their toes into the insurance industry in 2018: https://t.co/Rb9nBFRJGu

All of the slang uses of dipped are closely associated with black American culture. The slang meanings of dipped meaning “to leave suddenly,” “well dressed,” or “stabbed” can all be found in hip-hop songs. All three of these meanings are highly informal, though not offensive.

Lin really just dropped a song with OBAMA then dipped from twitter. A true icon. #HAMILDROP

Of the slang senses, dipped as in “left” is the common. It’s often found in the meme template “This X did X then dipped.”

Did u leave already? U got us all excited then dipped? 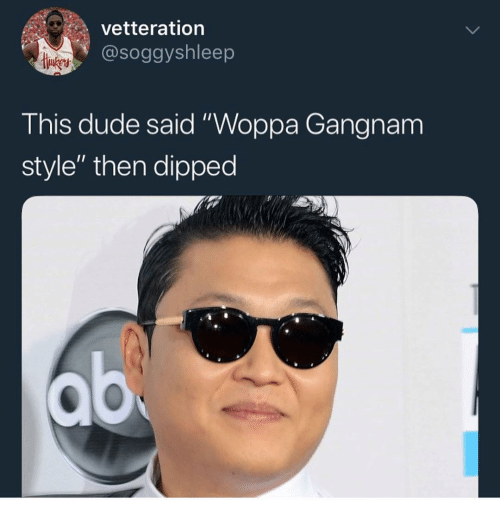 Referring to being “well-dressed” as dipped has become less common in recent years, although it can still be occasionally heard.

CAN YOU TELL ME WHERE I MIGHT FIND THE HYDRA?
IS HE WEARING A FAMILIAR FACE?
DOES HE STILL LIVE BELOW SEVENTH AVENUE?
WITH THE PRINCESS DIPPED IN LACE?

This is not meant to be a formal definition of dipped like most terms we define on Dictionary.com, but is rather an informal word summary that hopefully touches upon the key aspects of the meaning and usage of dipped that will help our users expand their word mastery.