What does square up mean?

To square up means to get into a fighting position.

However, it can also mean to settle a financial balance. Or, it sometimes means to physically or metaphorically reconcile two opposing objects, ideas, or people.

Where does square up come from? 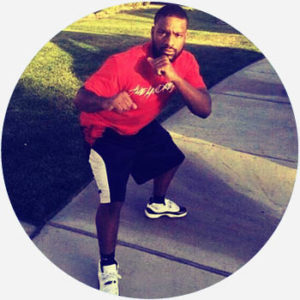 The fighting sense of the term square up comes from the sport of boxing. Boxers can take two stances: an angled stance, which provides defensive advantages by presenting the opponent with less surface area, and a more head-on squared stance, which allows for more power behind offensive hits.

When boxers square up, they are adopting the more offensively advantageous stance, showing that they are the one challenging the other to the fight. As the expression moved into common use from boxing, it maintained this aggressive sense. By the late 1700s, to square up meant to challenge an opponent in any arena, including metaphorical ones outside the ring.

Squaring up as in reconciling two objects, people, or ideas takes its inspiration from the arena of carpentry. As a carpenter uses a carpentry square to align two pieces of wood, a person can square up facts. This usage dates from at least the early 1700s.

Also likely from the arena of carpentry, squaring up had also come to mean settling debts by the mid 1800s. As early as 1820, gentlemen were squaring up their accounts.

Examples of square up

Lactose intolerance is no joke. Anytime I see a gallon, I gotta square up on sight
@free_adjo, February, 2018
Jeremy Corbyn, meanwhile, has been told to square up, stop hiding behind leftwing myths and start championing the single market.
Warren Murray, The Guardian, January, 2018
But my now-husband and I had lived together for a few years pre-marriage and never had an issue relying on apps like Venmo to square up on joint expenses like my half of the rent or his half of the cable bill.
Rachel Bowie, HuffPost, January, 2018
SEE MORE EXAMPLES

Who uses square up?

Anyone, not just boxers, can refer to getting ready for a fight or confrontation as squaring up. Used in both formal and informal speech and writing, the phrase is particularly common in sports, though the metaphorical use spans from politics to humor. In contemporary usage, squaring up is often used in a pseudo-serious way to challenge someone or something to a fight over something comical or inconsequential. The verb phrase has also inspired a compound noun: a square-up, meaning “reconciliation after a fight” and especially in Australian English, “a fight” or “settling of scores.”

Square up is also used in a financial sense to refer to a bill or a general imbalance.

This is not meant to be a formal definition of square up like most terms we define on Dictionary.com, but is rather an informal word summary that hopefully touches upon the key aspects of the meaning and usage of square up that will help our users expand their word mastery.