What does stanky leg mean?

“Stanky Legg” was a song released by the hip-hop group GS Boyz in 2009. The music video popularized the stanky leg dance, which involves extending one leg and circling that knee, and then doing the same with the other leg.

Stanky leg can also refer to the result of dancing closely with another person, specifically how odors associated with feminine arousal might be transferred to the leg of a dance partner.

Where does stanky leg come from? 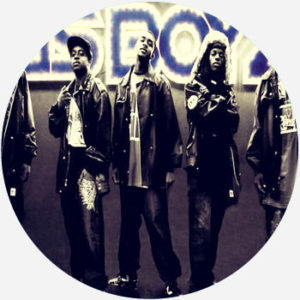 The original stanky leg, referring to the smell of a woman’s vagina on the leg of her dance partner, was popularized in the 1980s. The phrase had a surge of popularity in 2009, when the GS Boyz’s song and music video brought attention to the stanky leg dance.

In August 2015, someone uploaded a video where President Barack Obama’s head was digitally attached to a person doing the stanky leg. This made it look as though the President had mastered the dance and was doing it in the Oval Office. The term also made the news that month when professional football player Cam Newton did the stanky leg with a 6-year-old fan with cancer as part of the work of the Make-a-Wish Foundation.

“When she does the stanky leg in the club and then has a stanky puss at home”
Chance The Romper @ikillKilRoy Twitter (May 5, 2017)
“Is anyone else so lazy that they'd rather stick their foot in a tied shoe and do the Stanky Leg until it slips on, or is that just me?”
@Zach_Knight Twitter (May 15, 2017)
“In the video, shared through Facebook on Thursday, the character from Disney and Pixar’s 2004 animated movie The Incredibles does both the whip and the Nae Nae, as well as the stanky leg.”
Lindsay Kimble, “Mr. Incredible's Superpowers Extend to Dancing: Watch the Disney Mascot do the Nae Nae,” People (July 18, 2015)
SEE MORE EXAMPLES

Stanky leg can refer to the title of the song “Stanky Legg,” but most commonly describes the associated dance. The phrase can also be used to comment on women’s sexual arousal while dancing and how it might rub off on a partner’s leg (e.g. “We were having such a good time, she gave me a stanky leg!”).

This is not meant to be a formal definition of stanky leg like most terms we define on Dictionary.com, but is rather an informal word summary that hopefully touches upon the key aspects of the meaning and usage of stanky leg that will help our users expand their word mastery.