What does starboy mean?

Popularized by Canadian recording artist The Weeknd, a starboy is like a rockstar. The term can refer to a very famous man, the leading member of a group or team, or a male object of someone’s affection.

Where does starboy come from? 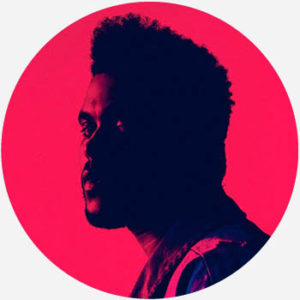 Starboy is said to originate as Jamaican slang dating to at least the 1970s. This sense equates starboy with other “hotshot” or “badass” words of the era like pimp or cool cat—someone who’s hip and popular.

The Weeknd (Abel Makkonen Tesfaye) apparently picked up starboy from his neighborhood in Toronto, which has a large Jamaican population familiar with the term which can also be seen in Jamaican popular music, such as reggae artist Mavado’s “Star Bwoy” from 2010.

The Weeknd also gave starboy its shining moment thanks to his November, 2016 album Starboy and its title track featuring Daft Punk, which went to #1 on the Billboard charts.

The lyrics of  “Starboy” portray a starboy as a celebrity who’s recently exploded into fame and doesn’t quite know how to handle it yet. In the song, The Weeknd compares his former self with his new one in a mix of pride and astonishment, seeing who he has become, a starboy, as a kind of alter-ego: “Look what you’ve done / I’m a motherfuckin’ starboy.”

The Weeknd has said that he was also inspired by David Bowie’s 1972 “Starman” when writing “Starboy,” and the theme of both songs is indeed the same: a newly famous person confronting their former self.

Though The Weeknd propelled the term starboy into the mainstream, Nigerian recording artist Wizkid (Ayodeji Ibrahim Balogun) created a record label in 2013 called “Starboy Records.” Wizkid has been known by the nickname Starboy since then. This earlier use of the term has complicated The Weeknd’s attempts to claim starboy as his legal trademark since the 2016 album release.

Starboy Ronaldo! Congrats to the man! Had a hell of a season and came alive at the right time 🐐🐐🐐🐐🐐
@Mr_Feye, October, 2017
Wizkid's Afro Republik show was a feat for the Nigerian music industry and Starboy made history in a N992K Palm Angels tracksuit.
Ntianu Obiora, Pulse NG, May, 2018
With more than 5.6 billion streams, three Grammys, and an Academy Award nomination under his belt, The Weeknd has pretty much conquered the planet. But the self-proclaimed “Starboy” didn’t do it alone.
David Opie, Highsnobiety, May, 2018
SEE MORE EXAMPLES

Starboy sees some use to affectionately refer to the male star of a sports team or a musical group, à la rockstar. Because of its boy, starboy may also used to belittle a famous person.

Look at our starboy featuring in the Statesman (Delhi and Kolkata ) So proud to see him achieve greater heights by the day !
Representing the one and only Desihoppers crew India !
Have you read the article yet ? #shantanumaheshwari #desihoppers #desihopperscrewindia #proud pic.twitter.com/zjXMeyrTiy

his eyes hold all the beautiful stars in this universe. my little starboy pic.twitter.com/4R13rjmyTv

Chelsea winning comfortably without their Belgian nsofor.. The players they call deadwood whenever their starboy has a bad game have proven they can do it without him

The Weeknd and Wizkid, though, dominate references to starboy. Each are referred to by the nickname, sometimes with ironic contention.

@Wizkidayo is one of the best to ever do it. Tonight, he proved why he’s legend in his own right. Today Africans were proud to be African. Not ‘mixed’ with something less ‘fresh’ but unapologetically African. Congratulations #Starboy 🍾You did that & we👏🏽👏🏽you! #afrorepublik

The difference between wizkid and the weekend is that one is starboy by album and the other is the star boy of a Continent. Goodnight

This is not meant to be a formal definition of starboy like most terms we define on Dictionary.com, but is rather an informal word summary that hopefully touches upon the key aspects of the meaning and usage of starboy that will help our users expand their word mastery.