What does swole mean?

To be swole is to be very muscular, to have a nice physique, or to have really well-defined muscles. Swole, as an adjective, can refer to a specific body part or the entire body, and it is generally used in a positive way.

Swole may also be an alternative way to say swelled or swollen.

Where does swole come from? 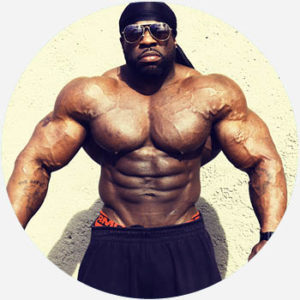 Swole has existed in English since at least the early 1900s. Before it took on its newer meanings, it was used only as another word for swelled or swollen, a meaning that still persists to this day. This is generally used when a part of someone’s body has swelled from some type of affliction. This could be from allergies, toxins, being beaten up, or other causes. It and its alternative spelling swoll, gained the meaning of being buff or muscular around at least the late 1990s.

There is evidence that hip-hop and rap helped give the term its new meaning. Rapper Tupac Shakur helped popularize the term. He wrote two songs that mention becoming swole: “Life of an Outlaw” (1996) and “When I Get Free” (1997, posthumously released). The use in “When I Get Free” is a bit more explicit in its meaning and also has the benefit of being on an album that achieved multi-platinum status fairly quickly after its release. In the song, Tupac sings: “Put me in the hole, gave me cold cuts / Did push-ups until I swole up.” The relationship here is clear. Tupac says that his muscles swelled up in the sense that they got bigger after exercise. Another album featuring a remix of this song was released in 2001, which was also achieved multi-platinum success soon after its release.

Not too long after “When I Get Free” first came out, a very buff man with the stage name Swoll competed in World Championship Wrestling. He was actually part of a group in wrestling called The No Limit Soldiers, named after rapper Master P’s No Limit Records. The group had strong ties to rap, and before matches they played rap music for the crowd.

Not long after all of these events, the term started to become especially popular among bodybuilders. Both swole and swoll got Urban Dictionary treatment in the early 2000s. Since then, the word has steadily increased in popularity around workout culture.

“Everybody in the gym getting swole and I'm just in the kitchen getting full.”
C E D @Ceddieric Twitter (April 21, 2017)
“I been saying I'll start my sleeve as soon as I'm big but I ain't ever going to get swole so i guess I'm never getting any tats♂”
_Gilin_ @Gilinyoo Twitter (April 22, 2017)
“You'd better be ready to get swole, because the Foundation Phase starts with a chest and back superset bang.”
Cory Gregory, “Get Swole: Cory Gregory’s 16-Week Muscle Building Trainer - Day 1,” bodybuilding.com (April 8, 2016)
SEE MORE EXAMPLES

Swole occupies a certain linguistic niche. It specifically means to be ripped or buff, i.e. to have huge, defined muscles. This might be permanent or more fleeting. Someone can be temporarily swole after an intense workout session. In this way, it’s different from related terms like big, which means that a person is large physically, but lacks well-defined muscles. By itself, someone can declare that they’re swole.

To get swole is the act of building muscle or becoming swole. This is a very common phrase that’s used by people who want to get fit. To get swole is to obtain the type of body they want through workout regimens.

When it’s used the same way as swollen or swelled, it’ll often appear in the phrase swole up. An example would be someone saying that their eye swole up. It may also appear without up. For example, someone might declare that their tongue is swole.

This is not meant to be a formal definition of swole like most terms we define on Dictionary.com, but is rather an informal word summary that hopefully touches upon the key aspects of the meaning and usage of swole that will help our users expand their word mastery.