What does t-minus mean?

Created by NASA, the term t-minus is used for countdowns big and small, whether it be a rocket launch or days until the weekend. We have liftoff.

game on, oh my god, oh my lord, Roger that, I love you to the moon and back

Where does t-minus come from? 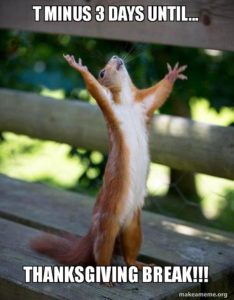 When conducting space launches, the United States National Aeronautics and Space Administration (NASA) uses what are called l-time and t-time. L-time consists of actual time that has elapsed, meaning that it is a continuous countdown that cannot be modified. T-time, on the other hand, can be stopped and started.

During a launch, t-time will be used for specific tasks that need to be completed before the rest of the launch can proceed, whereas l-time is used as a countdown to the end of the overall mission. Keep in mind that a launch isn’t just a ten-second chant, but rather the multiple hours of preparation that take place before the crowd yells “Liftoff!”

"L Minus" time is different from "T Minus" time."L minus" indicates how far away we are from actual liftoff& doesn't include built-in holds.

In a 2010 Mission News post on the NASA website for the EPOXI Mission, Jet Propulsion Laboratory media relations specialist DC Agle explained that the t in t-minus stands for time: “When a rocket is getting ready for liftoff, it will be lifting off at a specific time. If that time is 45 seconds away, it is said to be ‘T-minus 45 seconds and counting.'”

However, in 2006 interview for a NASA podcast, NASA Launch Director Mike Leinbach said that the t stood for test, “because it’s not always related to time.” He explained that t-minus time could be the start of a particular test that is “independent of the time of day.”

Thanks to the popular fascination with space and NASA, t-minus spread into the mainstream lexicon by the early 1960s for any sort of countdown, though t-minus itself become synonymous with space launches and space exploration more generally.

The term notably appeared on the TV show The Big Bang Theory in 2017. In an episode entitled “The Explosion Implosion,” the characters Howard and Sheldon go to the desert to launch a miniature rocket. Howard begins the countdown of the rocket by saying l-minus, when Sheldon interrupts him to say it should be t-minus.

In the world of music, T-Minus is the stage name of Canadian producer Tyler Williams, who’s worked with such major artists as Drake, Nicki Minaj, and DJ Khaled. Williams is the producer of the track “Swimming Pools (Drank)” from rapper Kendrick Lamar’s 2012 Grammy-nominated album Good Kid, M.A.A.D City.

Since its inception at NASA, t-minus has successfully entered the public consciousness as being used for the beginning of a countdown. It’s typically followed by how much is left in the countdown, e.g., T-minus 2 days before we leave for Europe.

It’s not uncommon to see the term used by a company or organization to announce and create excitement for an upcoming event.

T-MINUS 2 DAYS TILL @hornets vs. @celtics in Chapel Hill for some preseason action!@Devonte4Graham @tonyparker @CodyZeller #CoachBorrego@ashahahmadi + ⬆️ these guys report on day 2 of training camp pic.twitter.com/BNXjlPj8gA

Individuals frequently use the term to count down to an event they’re looking forward to with enthusiasm.

This is not meant to be a formal definition of t-minus like most terms we define on Dictionary.com, but is rather an informal word summary that hopefully touches upon the key aspects of the meaning and usage of t-minus that will help our users expand their word mastery.