What does tactical shit mean?

Tactical shit is a slang reference to military equipment, usually “tricked out” by civilians for recreational or far-right paramilitary purposes.

Where does tactical shit come from? 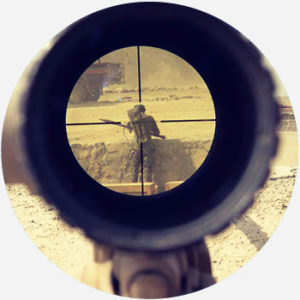 The phrase tactical shit begins appearing in print in the 1970s. In early use, tactical shit served as an offhand way to refer to knowledge of general military operations (tactics) (e.g., I learned all that tactical shit at the Naval Academy). Shit, here, is a vulgar term for “stuff” or “things.”

Tactical shit never appeared in official military documents, of course, but rather in conversation about the operations of the military. This general association with tactical shit and military tactics and skills has continued into contemporary use.

Beginning in the early 2000s, tactical shit began to refer more specifically to military equipment, especially guns with complex add-ons, such as a rifle with a high-tech scope. While tactical describes something designed to help achieve a military plan, tactical shit is usually considered extraneous, recreational, and showy, not actually practical.

I also don’t need tactical shit either. For fucking what? I’ll no longer be in the military, I’ll be a fucking civilian [...]
@zach_pilot, March, 2018
I also have this .22 pistol, two Ruger 10/22 rifles with scopes for plinking, a HiPoint carbine 4595 chambered in .45 handgun ammo. That gun is a fun gun to shoot, and I have all the tactical shit on it: red dot scope, bi-pod, and trigger work, ya now
Zach Dolager, Get Fucked and Die, 2018
Since dinner, my stomach had been churning and aching, and was obviously not reacting well to the food. Thinking this could be a disaster in the bed, I decided to take a tactical shit whilst she showered. I ran to the toilet knowing my time frame was limited. Pulled down my pants, and unloaded a fiery, ferocious shit.
shatteredglassinanus, quoted by Dose.ca, June, 2014
SEE MORE EXAMPLES

In the 2010s, the term tactical shit became associated with far-right paramilitary groups. These armed civilian groups see it as their right to own tactical shit to defend against feared government tyranny.

Nodding to the association with civilian gun ownership, a Missouri-based online store took the term “Tactical Shit” for its name. The store’s tagline, “When the Shit Hits the Fan, Have the Right Shit,” conveys a philosophy shared with its customer base, who are overwhelmingly conservative, small-government gun enthusiasts with a mission to defend against government overreach.

Tactical shit also sometimes refers to “skillful maneuvers” more generally, such as in expert video-game playing or in a clever line of argument.

This is not meant to be a formal definition of tactical shit like most terms we define on Dictionary.com, but is rather an informal word summary that hopefully touches upon the key aspects of the meaning and usage of tactical shit that will help our users expand their word mastery.