turn down for what

What does turn down for what mean?

At its core, turn down for what is a phrase used to promote having a good time. The phrase itself implies that there is no reason to turn down and stop partying. It seeks to feed the hype of whatever is going on.

Where does turn down for what come from? 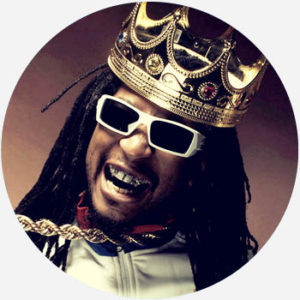 The phrase turn down for what was popularized by a song of the same name by DJ Snake and Lil Jon that was released on December 18, 2013. It draws its meaning from words and phrases that came before it including turnt, turnt up, or turn up. When it’s used in reference to partying, turn up means to have a good time and be excited, possibly under the influence of alcohol or drugs.

So, naturally, the opposite of turning up would be turning down. To turn down is to become sober or to calm down. It’s about winding down from a wild, crazy time. In the song, the singer is posing a question—why should we stop partying? The defiant response? Intense, loud, pulsating dance music. Of course, there no good reason to turn down. The partying will go on.

The song itself has very few lyrics, but those it does have are important to the vibe of the song. The lyrics besides “turn down for what” set the stage that there’s a really great party going on: “Fire up that loud / another round of shots.” “Fire up that loud” is a reference to marijuana. Loud, in this context, means pot. Firing up refers to smoking up. “Another round of shots” has a pretty transparent meaning. This is clearly a raging party with lots of alcohol and weed.

Examples of turn down for what

“my mom threatened to ground my brother because he said turn down for what”
michelle @MichelleNadine Twitter (March 30, 2016)
“She took another shot & said 'turn down for what?' Like, I don't know, fuck. You look like you might throw up.”
chloe @chloe_lund Twitter (July 29, 2015)
“And on the seventh day the lord said 'Turn down for what!?'”
kim ♡ @photosynthesiii Twitter (February 27, 2014)
SEE MORE EXAMPLES

Who uses turn down for what?

Companies and individuals have harnessed the song’s popularity to push their own message. For example, former first lady Michelle Obama made a Vine video with a play on words of the song’s lyrics. She says “turnip for what,” while dancing with a turnip to promote her campaign to encourage healthier lifestyles. Disney Channel also used the song to promote their programming with “Tune in 4 What?!”

This is not meant to be a formal definition of turn down for what like most terms we define on Dictionary.com, but is rather an informal word summary that hopefully touches upon the key aspects of the meaning and usage of turn down for what that will help our users expand their word mastery.

Tumblr girl
turnt
Home / Words / Slang / turn down for what