What does unboxing mean?

Unboxing is the act of documenting oneself, mostly on video, of opening a packaged product from a box and displaying, reviewing, and showing off its contents.

Where does unboxing come from? 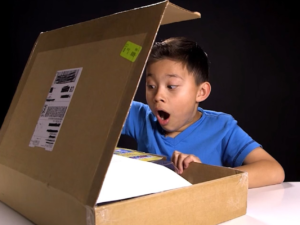 To unbox something is, yes, to remove it from a box. Up until the early 2000s, unboxing was simply used in this sense, often in reference to opening packages of action figures.

Then the internet became a thing. Unboxing emerged in the early 2000s for the ritual of documenting oneself removing new products from boxes and sharing thoughts about their contents. One early instance of this unboxing came in a 2005 article by the now-defunct website Joystiq called “Unpacking the Xbox 360: Hot Unboxing Action.” Other people had technically done unboxings back into the 1980s, but favored unpacking or, well, review, for the activity.

Unboxing really opened up, as it were, in 2005–06, when technology website Gear Live registered unboxing.com, which redirects to the section of Gear Live dedicated to unboxing videos. That same year, the first unboxing video was uploaded to a young website called YouTube. You might have heard of it.

By the end of 2006, the unboxing phenomena had spread so quickly that even the Wall Street Journal  wrote an article about the odd, but very popular, pastime of people being entranced by other people removing things from boxes.

I should start opening up all my mail on youtube and call it bill unboxing.
@IncredibleCulk, November 2018 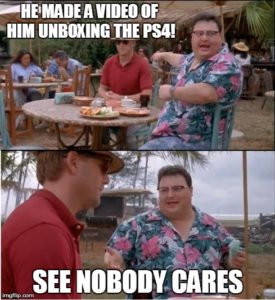 Unboxing videos, which typically featuring unboxing [the featured object] in their titles, have only gotten more popular as YouTube has become such a giant of internet video. Many channels are dedicated exclusively to unboxing everything from toys to makeup, and some unboxing videos have earned more than 250 million views.

Unboxing videos are so much a part of YouTube that internet celebrity Felix “PewDiePie” Kjellberg celebrated being the first (and, at the time, only) YouTuber to reach 50 million subscribers with an unboxing video of his custom Play Button.

This is not meant to be a formal definition of unboxing like most terms we define on Dictionary.com, but is rather an informal word summary that hopefully touches upon the key aspects of the meaning and usage of unboxing that will help our users expand their word mastery.