What does vaporwave mean?

Vaporwave is a subgenre of electronic music that can feature heavy sampling and editing of smooth jazz or lounge, for example, and is known for its reinterpretation of pop culture themes.

Where does vaporwave come from? 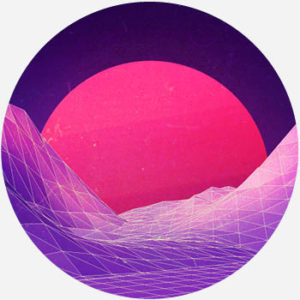 The term vaporwave was apparently coined in 2011 by music producer Will Burnett, who used it to describe a style emerging among artists like Vektroid, whose July 2011 album New Dreams Ltd. was an early influence on the sub-genre.

The vapor in vaporwave suggests the music’s foggy, ethereal, and ever-shifting sound and may also allude to vaporware, which describes software that is promised but never delivered. The wave, meanwhile, is modelled on electronic genres like chillwave and new wave before it.

Vektroid’s December 2011 album, Floral Shoppe, was considered by some to be the first vaporwave. The term, and the subgenre, rose to greater prominence in 2012, used to tag other albums and songs that sounded like “Floral Shoppe.”

Some interpret vaporwave as a countercultural critique of global capitalism, consumerism, and escapism. It is characterized by the use of samples, particularly of mass-produced music like Muzak, distorted by chopping-and-screwing or by endless looping of a small piece, creating a surreal effect.

There’s also a distinct visual to the vaporwave style, consisting of a distorted, retro-futurism. Checkerboard patterns, pastel color palettes, and retro video game images are common. This is often called the vaporwave aesthetic.

By November 2012, though, vaporwave had become popular enough that some underground artists and fans declared it dead. Vaporwave artists are still active, as is the genre’s musical influence.

“the song was good (not incredible) but strong vaporwave aesthetic and all the dancers can get it tbh”
@danielhowell Twitter (May 13, 2017)
“And actually, disappearing off the face of the earth with domains 404ing would be the most appropriate way for vaporwave to go. Remember all those old sites that just went offline mid 2000s? Same thing.”
ayotot Reddit (March 13, 2015)
“Instead, 2814, the duo composed of artists HKE and Telepath, commit the sin of making wholly original musical compositions, which for some is enough to banish them forever from vaporwave’s tacky neon kingdom.”
Sean O'Neal, “Vaporwave is no longer a joke on 2814’s Rain Temple,” A.V. Club (Nov 29, 2016)
SEE MORE EXAMPLES

Vaporwave can refer to the subgenre itself or describe something having a vaporwave sound or style.

This is not meant to be a formal definition of vaporwave like most terms we define on Dictionary.com, but is rather an informal word summary that hopefully touches upon the key aspects of the meaning and usage of vaporwave that will help our users expand their word mastery.