or the tail wagging the dog

What does wag the dog mean?

To wag the dog means to distract attention away from a political scandal, often through military action.

Where does wag the dog come from? 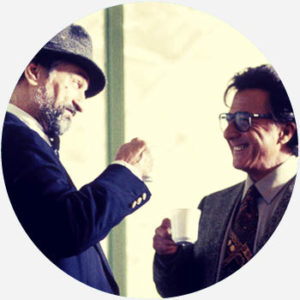 Wag the dog comes from the longer expression the tail wagging the dog.

The tail wagging the dog is an American idiom that dates back to at least the 1870s. Research by Gary Martin for the UK-based website Phrase Finder first finds the expression in an 1872 local newspaper, The Daily Republican: “Calling to mind Lord Dundreary’s conundrum, the Baltimore American thinks that for the Cincinnati Convention to control the Democratic party would be the tail wagging the dog.” For the tail to wag the dog, then and now, indicates a backwards situation where a small or unimportant entity (the tail) controls a bigger, more important one (the dog).

According to research Barry Popik, the variation, don’t let the tax tail wag the investment dog, emerged in the 1960s to caution businesspeople against making decisions solely on the bases of tax concerns.

Wag the dog went on to develop its own specialized political meaning. In 1997, a film called Wag the Dog came out, based on a 1993 novel of the same name by Larry Beinhart. The plot revolved around efforts to distract attention from a presidential scandal by fabricating a war.

The story intruded into real politics not long after its release. In 1998, when Bill Clinton’s scandal regarding Monica Lewinsky broke, he was accused of “wagging the dog.” Three days after admitting he had inappropriate relations with Lewinsky, he ordered missile strikes against two countries, allegedly to divert public attention from his sex scandal.

Examples of wag the dog

“Will someone teach @realDonaldTrump how to wag the dog without actually going to war?”
Sarah @sarahbuya4 Twitter (April 14, 2017)
“My fear is that Trump is doing this so that in our outrage we miss what his real agenda is. #WagTheDog”
Terri Hodges Facebook (January 31, 2017)
“After a while, the negative tape starts to become a self-fulfilling prophecy and the tail starts to wag the dog.”
“GNC: The Shorts' Full Court Press,” Seeking Alpha (April 7, 2017)
SEE MORE EXAMPLES

Who uses wag the dog?

Before the film Wag the Dog and its allusive application to the Clinton scandal, the idiom wag the dog was more commonly used with or in reference to the full phrase, the tail wagging the dog, i.e., a reversal of proper roles. Since then, wag the dog has come to be used on its own and as a term for a political diversion.

Wag the dog can be used as a verb or an adjective. A strategy can be referred to as “a real wag the dog tactic,” or you can say that “The prime minister is wagging the dog with this accusation.” It can also be used as a hashtag to call attention to a person’s use of this strategy.

In April 2017, Donald Trump’s airstrike on Syria was referred to as a wag the dog moment. The perception was that Trump was using the attack to wag the dog, or direct attention away from his low approval ratings, the ongoing investigation about his connections to Russia, and his other conflict of interests.

This is not meant to be a formal definition of wag the dog like most terms we define on Dictionary.com, but is rather an informal word summary that hopefully touches upon the key aspects of the meaning and usage of wag the dog that will help our users expand their word mastery.