What does wackadoodle mean?

Wackadoodle describes someone or something as eccentric, wrongheaded, bizarre, or foolish, generally in an amusing way and with a mildly dismissive tone.

Where does wackadoodle come from? 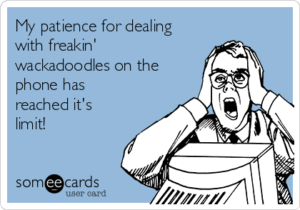 Hopefully no one as ever called you a wackadoodle: It means they aren’t taking you seriously.

Wackadoodle ultimately comes from wacky. In the mid-1800s England, a wacky, or whacky, was a fool, simpleton, or left-handed person (how rude). It might be from whack, “a blow or strike,” implying the person has been hit over the head a few too many times. 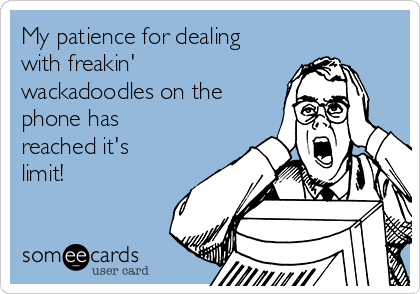 By the 1930s in American English, wacky (also whacky) was describing someone as “eccentric.” By the 1950s, wackadoo (whackadoo) emerged, with -adoo likely a playful addition for color and effect. Bill Haley & His Comets sang wack-a-doo as fun-sounding vocables in their 1956 “Razzle Dazzle.” You know you want to listen …

In the 1990s, wackadoo welcomed another, nonsense syllable, becoming wackadoodle. An early example came in 1995 from Pennsylvania state legislator David Heckler, quoted in The Philadelphia Inquirer as saying it was only “a few wackadoodles” who wanted to repeal a firearms law. The late, great columnist and expert on political language, William Safire, suggested in a 2008 column that wackadoodle likely comes from doodle, or “simpleton” as in Yankee Doodle. 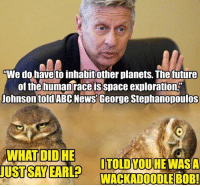 You are a full blown serial killer if you have tattoos on your eyelids I don’t make the fucking rules I just know ur a fucking wackadoodle who isn’t afraid of nothing
@Astro_Loser, August, 2018
Who knew combining the unstoppable beat of the Go-Go’s with Sir Philip Sidney’s romantically wackadoodle Elizabethan prose drama Arcadia would work on Broadway? Well, apparently, Jeff Whitty, one of the creators of Avenue Q, did.
New York Magazine, August, 2018

While wackadoodle is an insult, it’s much milder than than the likes of “idiot,””weirdo,” or stronger language. That likely helps make it a favorite of tsk-tsk-ing schoolteachers calling out a student’s wackadoodle antics or politicians discrediting an opponent’s wackadoodle policies.

Roger Stone’s newest wackadoodle conspiracy theory is that an FBI agent entrapped him two years ago, so he could be indicted in 2018 to stop Trump from becomin’ president in 2016.

It works if you factor in some light time travel.https://t.co/y3mYjbzIgM

Wackadoodle can be both a modifier and a noun (i.e., “irrational and eccentric” or “an irrational eccentric”). 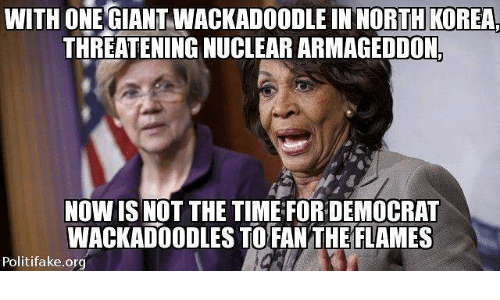 This is not meant to be a formal definition of wackadoodle like most terms we define on Dictionary.com, but is rather an informal word summary that hopefully touches upon the key aspects of the meaning and usage of wackadoodle that will help our users expand their word mastery.