What does white boy summer mean?

White boy summer is a phrase created and used on clothing merchandise by Chet Hanks, who is an actor and rapper and the son of actor Tom Hanks.

In social media posts, Hanks noted that he was not referring to “Trump, NASCAR type white,” but men like himself and white musicians Jon B. and Jack Harlow. He later tied the phrase to a particular style reflected by his clothing merchandise, which also featured the phrase Black Queen Summer. According to Hanks, white boy summer means “nothing but good vibes towards everybody.”

The term was seemingly modeled on the phrase hot girl summer, which became the subject of popular social media posts and memes during the summer of 2019 after it was popularized by rapper Meghan Thee Stallion.

White boy summer quickly became the focus of memes and jokes mocking the phrase and concept. Hanks was also criticized for releasing T-shirts and other clothes featuring the phrase written in a Gothic typeface resembling the kind sometimes used by white supremacist groups.

Note: In the midst of the online attention generated by the phrase (and just days after Hanks first used it in an Instagram post), it was reported that Hanks had allegedly been in a violent altercation with former girlfriend Kiana Parker, part of which was captured on video showing Hanks bleeding from the head. Parker was granted a protective order against Hanks in January 2021 and stated in court documents that Hanks had physically and verbally abused her. Hanks alleged that Parker had attacked him during the same incident and sought legal action against Parker for it.

Where does white boy summer come from? 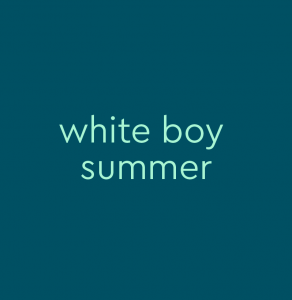 The phrase white boy summer was first used by Chet Hanks in late March 2021 as a hashtag in an Instagram post: “Is it bout to be a #WhiteboySummer or am I trippin ???? Tag a REAL vanilla king #Respectfully 😂😂😂  ”

The term was seemingly a take on hot girl summer, the phrase popularized by Meghan Thee Stallion and used as a title of one of her songs. Hot girl summer became closely associated with the summer of 2019, when it became popular among women to post along with summertime selfies in the caption “(I heard it’s) hot girl summer.”

In later posts, Hanks would explain what he said was the idea behind white boy summer, including “rules” such as not wearing certain styles of clothing. Hanks’ declaration of a white boy summer quickly resulted in memes and social media posts making fun of the concept.

when your white boy summer isnt going the way you want pic.twitter.com/X6hFQkPK6h

Hanks was also criticized for releasing White Boy Summer merchandise featuring a Gothic typeface that some people compared to the kind sometimes used by white supremacist groups or to the font used on the cover of Mein Kampf, Adolf Hitler’s racist manifesto.

White boy summer was first used by Chet Hanks to refer to the summer of 2021. The phrase and concept became the target of mockery and criticism.

every white boy must make pilgrimage to the pro bass pyramid during white boy summer pic.twitter.com/Pbc1l4HEmP

“It’s about to be a white boy summer” pic.twitter.com/gJb4zbRFJP

it’s about to be a white boy summer pic.twitter.com/Y0tDjYeZoj

This is not meant to be a formal definition of white boy summer like most terms we define on Dictionary.com, but is rather an informal word summary that hopefully touches upon the key aspects of the meaning and usage of white boy summer that will help our users expand their word mastery.