What does whistle mean?

When not referring to the high-pitched instrument, to sound, or to related metaphors, a whistle can be slang for “penis” or “gun.”

Where does whistle come from? 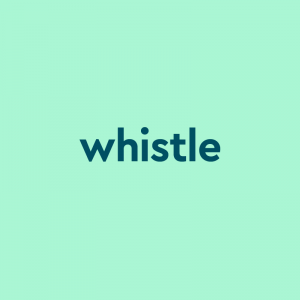 The word whistle, used to refer to a high-pitched instrument, goes back to Old English, while the actual object (as a means to make music or signals) dates back to prehistoric times. The whistle entered sports by the 1870s, and was used for starting or stopping a game.

The word whistle, for making music by blowing through the lips, is found by the 1400s, though certainly cavemen were whistling—including wolf whistling, which is when lusty men (wolves) holler at attractive women.

By the 1600s, a different kind of whistle was being blown. It became slang for “penis,” as seen in the “whistle and bells” in a William Byrd poem. You can guess what the bells mean. This slang continued into the 21st century, as rapper Flo Rida asked in his 2012 track “Whistle”: “Can you blow my whistle baby, whistle baby?” Again, we think you can guess what he means by blow.

By the late 1990s, whistle also emerged in Black slang as “firearm,” presumably due to its likeness (in both shape and loud sound) to the instrument. The TV drama The Wire popularized the term in the 2000s, referring to a whistle squad and bringing one’s whistle to a confrontation on episodes.

When worries about somebody's work reach a critical point, it falls to a peer, supervisor, junior partner or uninvolved bystander to decide whether to keep mum or step up and blow the whistle.
Ed Yong, Heidi Ledford, & Richard Van Noorden, Nature, November 28, 2013
The point I'm making here is the media historically has been reluctant to frankly state when an act or statement is racist. I.E. they'll say racially-tinged, racially-charged or in some cases, dog whistle, to describe something that is inherently racist.
@kat__stafford, August 13, 2020
Dude y’all think WAP is vulgar. How about “blow my whistle” by Flo rida. Dudes straight up singing about getting some sloppy top.
@xjrose_,  September 3, 2020
SEE MORE EXAMPLES

Workers whistle. Wolves whistle. Referees do, too. So do politicians when they blow a dog-whistle, or a covert, racist political message. Whistle-blowers sound alarms when people are up to no good at work.

Whistle sees occasional use as slang for a “gun” and, for “penis,” though popularly in reference to the Flo Rida song.

This is not meant to be a formal definition of whistle like most terms we define on Dictionary.com, but is rather an informal word summary that hopefully touches upon the key aspects of the meaning and usage of whistle that will help our users expand their word mastery.