What does hot girl summer mean?

Live your best life! Hot girl summer is a meme, originating with rapper Megan Thee Stallion, about feeling confident in  who you are—and having fun and looking good while doing it. It often involves women posting selfies with summery swag and style using the caption (I heard it’s) hot girl summer.

Where does hot girl summer come from? 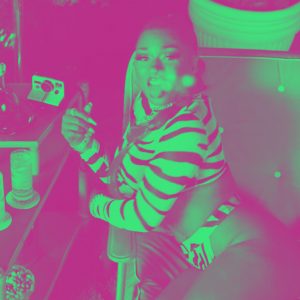 Summer 2019 may be forever remembered as hot girl summer. For the phrase, we can thank Megan Thee Stallion, a rapper and university student in Houston, Texas. While the phrase hot girl summer can be found in a variety of one-off instances on social media in the early 2010s, Stallion herself tweeted the phrase as early as April 14, 2018:

This abt to be a REAL HOT GIRL SUMMER🔥🤘🏽

For her debut mixtape Fever, Stallion created an alter ego, Hot Girl Meg. Through 2018 leading up to the mixtape release on May 17, 2019, Stallion used variations on the phrase hot girl on social media, notably on her album artwork and account handles. She also features hot girl in her lyrics to her Fever track “Cash Shit,” which begins:

Real hot girl shit
Yeah, I’m in my bag, but I’m in his too
And that’s why every time you see me, I got some new shoes

Fans took note of Stallion’s hot girl and hot girl summer as early as 2018, but hot girl summer went viral in May 2019. First, her audience used the phrase in excitement about Fever’s release (i.e., it’s going to be the summer where Hot Girl Meg’s music is a smash hit). Then, people, especially women, used the phrase in captions of selfies where they feel confident, stylish, and beautiful (i.e., being a hot girl in the summer).

But, hot girl summer is about more than just a summery selfies. As Stallion said in an interview with The Root published in June 2019, hot girl summer is “about women and men being unapologetically them, just having a good-ass time, hyping up their friends, doing you.” By the time summer actually started, hot girl summer was already on fire.

My mind says hot girl summer but my heart says mozzarella sticks
@sarafcarter, July 2019
My mom asked me to book her a trip to see her friend who just finalized a divorce so they can celebrate. My mother is having a hotter hot girl summer than me
@yllwgirl, June 2019
In typical Internet fashion, the term's message of carefree hyper-sexual-liberation didn't hold up for long against the online world's nihilistic bend. Quickly, Hot Girl Summer memes—those quiet, wry expressions of our online collective consciousness—began cropping up. Though many of them featured photos of people celebrating their own radiant auras, more lamented the failure of Hot Girl Summer, revealing the disappointment lingering just beneath the the term's glossy surface.
Eden Arielle Gordon, Popdust, July 2019
SEE MORE EXAMPLES

While it often involves women posting selfies, hot girl summer is inclusive. Everyone can have a hot girl summer, whether you’re a man, woman, nonbinary, single, in a relationship, etc. It’s all about having a vivacious, self-confident attitude.

Flattering selfies posted on Twitter and Instagram are one of the definitive ways to show that you’re having a hot girl summer. Even celebrities like Jordyn Woods and singers Chloe X Halle have posted selfies with the caption hot girl summer.

There are also many humorous riffs on the meme, as is ever true of the internet. Jokes often center on how someone’s isn’t having a perfect hot girl summer.

It’s gon be a hot girl summer, spring, fall, and winter if we don’t save this planet. pic.twitter.com/ynA9Gyusej

u know what frankly I am not having a very hot girl summer. unless by hot you mean sweaty bc actually now that you mention it I have been very sweaty

This is not meant to be a formal definition of hot girl summer like most terms we define on Dictionary.com, but is rather an informal word summary that hopefully touches upon the key aspects of the meaning and usage of hot girl summer that will help our users expand their word mastery.