What does drip mean?

Leaks drip, yes, but when you’ve got the drip or are dripping, it means in slang that your look or style is extremely fashionable or sexy.

on fleek, OG, trill, stupid fresh, too much sauce, on point, poppin’

Where does drip come from? 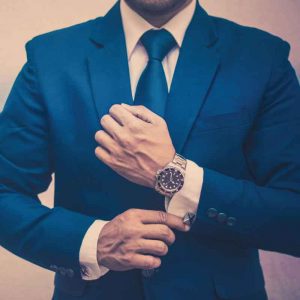 If you have the drip, it means you have swagger, especially in how you look. You’re hot. You’re cool. You’re on point. You’ve got the sauce. You’re, you know, [insert “awesome” slang term here].

Drip appears to be a metaphor: You’re dripping with money, designer clothes, or confidence. Or as Bruno Mars sang on his January 2018 “Finesse (Remix)” with Cardi B: “We out here drippin’ in finesse /
It don’t make no sense.”

Its origin is disputed, including among rappers. The hip-hop blog HipHopDX claims that the word originates in the 2000s Atlanta rap scene while a 2018 Urban Dictionary entry argues it comes from early 2010s Jersey City, New Jersey slang. However, it might also be a teen TV show from the late 2000s, Zoey 101, that introduced dripping as slang for “cool.”

Ima say this one time only ! I Don’t Give a Flying Fucc about The Word DRIP ! Or Who ever say Dey created it ! BuT I make HITS and i really put dat Shit On 🤷🏾‍♂️ No Capp !

The drip was popularized by the rapper who herself we’ve already seen dripping: Cardi B. Her 2018 hit “Drip” drips with rapper bravado: “Came through drippin’ (drip drip) / Diamonds on my wrist, they drippin’ (ice).”

Hot and Dripping, Need a Fan
@coolin_cammm, November 2018
I was gonna call a plumber till I realized it’s my sauce that’s dripping 💦
@omoiyaakeem, October 2018
A game of chess, a dabble with some scrabble and a couple of rounds of Monopoly, we can think of worse ways to spend a snow day, frankly; doused in Chanel Coco Mademoiselle Intense EDP, made up in Chanel Neapolis makeup, and dripping with Chanel Coco Crush Fine Jewellery Collection, the better ways are few and far between…
Wonderland, March 2018
SEE MORE EXAMPLES

This phrase is a favorite of people posting outfit pics on Instagram and Twitter when they feel especially have the drip or are dripping in designer goods.

Take a good guess at which Nigerian President was standing next to Jimmy Carter in this picture.

Meanwhile this was taken in October,1977 inside the White House.

Before I forget, peep the dripping Yoruba swag while rocking the black leather shoes. The starch on the Agbada 👌🏾 pic.twitter.com/gLoG7Rgty8

Drip is especially applied to people’s outfits, if you didn’t catch that. You wouldn’t really say you that an event was so drip. Better to use another slang word, like lit, for those situations.

Don’t get too caught up in yourself, though, or you’ll be called out for being arrogant—for stunting, or “showing off.” It’s a fine line between having the drip and flexin’ too  drip.

This is not meant to be a formal definition of drip like most terms we define on Dictionary.com, but is rather an informal word summary that hopefully touches upon the key aspects of the meaning and usage of drip that will help our users expand their word mastery.